SoftBank to add another funding round to its $100bn Vision Fund, investing up to $10bn in Uber 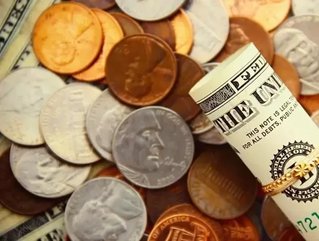 SoftBank is in talks to raise a further rounding fund, perhaps even bigger than the current Vision Fund yet to close, according to Redcode.

Last quarter along SoftBank invested $6.2bn in Grab, We Work, Flipkart and Roivant from its Vision Fund.

Its current Vision Fund is to invest as much as $10bn in Uber which will be finalised in the next few days.

SoftBank among those to invest in Ola ride-hailing company

As Arianna Huffington, a member of Uber’s board, stated: “We expect to have an announcement pretty soon…. We are waiting at the moment on what is going to transpire in terms of the price”

Huffington described SoftBank as the “$100bn gorilla of the ride hailing industry,” adding that “having them at the cap table is very important when they are also investing in so many of our competitors around the world.”

Earlier this month, Uber voted to accept the investment from SoftBank and agreed to make according changes to its governance.

SoftBank will lead a purchase of up to 1.25bn new shares at a valuation of around $68bn.

To round up some of the investments SoftBank has made so far from the Vision Fund, $10bn has reportedly gone to Uber, $8.2bn to ARM Holdings, $4.4bn to WeWork, $1.2bn to OneWeb and $1.1bn to Roivant. Other companies have received smaller investments, and these figures are only what is currently publicly known.

As for those investing in the Vision Fund, is has been contributed to by Apple, Qualcomm and Sharp as well as the sovereign funds of Saudi Arabia and the UAE, to name a few.

The $100bn Vision Fund is the largest technology fund ever, and will be invested for up to five years after closing.