Small Aussie miners being pushed out amid iron ore slump 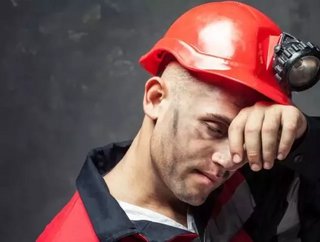 As our sister site Mining Global recently reported, China’s share of iron ore imports from premiere mining countries Australia and Brazil continues to rise despite the consistent fall of demand.

Numbers from General Administration of Customs reveal that China imported 453.1 million metric tonnes of iron ore during the first six month of 2015, with 83 per cent of it coming from either Australia or Brazil.

Chinese iron ore imports from Australia rose 14.8 per cent in the first five months of this year, while Aussies exports made up 63.9 per cent of China’s total imports during that time span.

China imported 74.9 million tonnes of iron ore in June, compared to 70.8 million tonnes in May. According to a recent report from Citigroup Inc., China’s ore imports are predicted to pick up even more in August.

But aside from its imports from Australia and Brazil, Chinese imports from other countries and territories fell by 38.16 million tonnes. Meanwhile, China’s steel exports rose by 27 per cent in the first six months of 2015 compared to the previous year.

The slowing iron ore trade combined with a rise in exports of steel products indicates a lull in the Chinese steel industry, which is now dealing with overcapacity and a property slump. Recently, Rio Tinto said iron ore has declined to a “new-normal level” which may remain that way until 2020.

At this rate, iron ore miners won’t be able to continue coping with these losses, and will slowly begin reducing production.

Earlier this year, BHP Billiton announced its plans to slow down its plans of expansion by delaying its $630 million Port Hedland upgrade in Western Australia that would have increased output by 20 million tonnes.

However, mining giants Vale, Rio Tinto, BHP Billiton and Fortescue Metals Group each reported increased output in its second-quarter results from April-June. BHP also remains committed to reaching its target of 290 million tonnes even without the upgrade, although it could come six to 12 months later than anticipated.

But the output of iron ore from smaller mining companies such as Atlas Iron are taking a steep fall.

The Platts IODEX CFR China price of iron ore was recently assessed at $56.75/Dry Metric Tons (dmt), which is up from a record low of $44.50/dmt earlier in July as the market finally stabilized. When the price dips below $50, it’s much more difficult for smaller mining companies to survive.

After a small, yet steady incline in each of the past five years, the amount of iron ore exports by miners other than Rio, BHP and Fortescue has dipped this year to about 70 Mt. Meanwhile, exports from the three top companies have continued to increase every year, led by Rio Tinto Pilbara.

So while large mining companies in both Australia and Brazil continue exporting to China at a high rate, smaller miners are finding it harder and harder to keep pace.