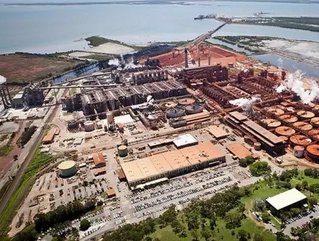 Rio Tinto, the world’s second largest miner, has surprised analysts with profits that have doubled to $US4.4 billion in the first half of this year. A majority of Rio’s profits come from iron ore (around 90 percent), but their aluminium and copper operations are credited with the increase in revenue. Even with a nearly 30-percent drop in price over the last year due to a saturated market, the company was able to overcome these prices with slashed costs and cut capital.

Even more impressive, Rio Tinto is planning on sticking to its goals to increase the capacity of their Pilbara-region iron ore mines in Western Australia by at least 20 percent by the middle of next year. This increase comes on top of their already completed 20 percent expansion this year.

The strong cash flow has allowed the company to cut its net debt to $US16.1 billion, which was a priority. With the company no longer under the pressure to cut debt on a specific timeline, expectation for a share buyback when the company announces their full year results in February are now spiking.

Sam Walsh, Rio Tinto’s chief executive for the past 18 months, is on his way to meeting his pledge of cutting costs, selling assets and slashing debt with the goal to reward investors with big returns.

Part of Rio’s success has to do with Australia’s low mining costs, which have allowed the company to thrive and potentially push out other producers who operate at higher costs.

Rio Tinto has predicted that around 125 million metric tonnes of iron ore will leave the market this year, which would allow them and other iron ore produces to offset large amounts of new supply that are expected in Australia and Brazil.

Their net income increased by 156 percent in the first six months of this year compared with the same period from 2013. Rio’s earnings before interest and taxes rose three percent to $10.5 billion, which was more than analysts expected. The company plans on increasing the dividend by 15 percent to 96 cents a share.

Information sourced from the New York Times and Reuters.