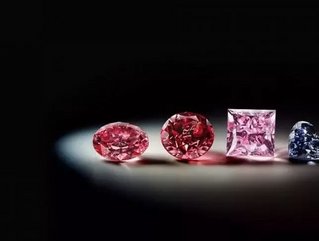 The Argyle mine in East Kimberly arguably produces Australia’s most expensive export - rare red and pink diamonds of uncompromising quality. This week, the Shangri-La Hotel in Sydney is hosting Rio Tinto’s 30th Argyle Pink Diamonds Tender collection for the 50 people who were invited to inspect the gems.

The collection of 55 gems contains four Fancy Red diamonds, the most seen in one collection. The centrepiece of the collection is the Argyle Cardinal - a 1.21 carat red diamond. From Tuesday to Friday of this week, those few collectors, buyers and viewers will gather to view these diamonds to decide if they want to make a bid for them during the online auction that wraps up 8th October. Come October, the bidding will be sealed, so other participating in the auction will not know how high the prices are going.

“Collectors will hotly pursue red diamonds because they are so rare and extraordinary, so we expect Argyle Cardinal as the lead to be creating a lot of interest around the world,” said Rio Tinto's Argyle Pink Diamond manager Josephine Johnson. "Argyle Cardinal is 1.21 carats and last year a red diamond set a record at auction at Christies’ in New York of $1.6 million per carat.”

Johnson was optimistic that the Argyle Cardinal would be able to reach the same price level.

The diamonds will not only be showcased in Sydney. Their next stop is New York, with a final viewing to be held in Hong Kong. It is expected that the US and Japan - the traditional markets for the diamond trade - will be well represented, but it is to be noted that the number of buyers from China and India has grown in the last five years.