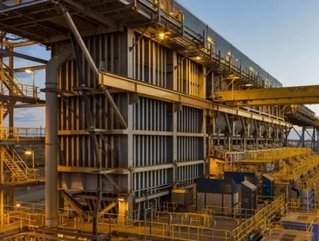 Just like BHP Billiton, Rio Tinto is ignoring iron ore’s rapidly declining price and has announced an expansion at its iron ore mine in Pilbara. The company’s existing Yandicoogina iron ore mine will be the site of the expansion; Rio Tinto has already garnered permission from federal regulators in Australia.

The project, officially titled “Yandicoogina Pocket and Billiard South Iron Ore Mine,” is expected to run for 16 years starting in 2017 if appoved; even before the expansion, the site is expected to export around 270 million tonnes this year alone. Rio Tinto is banking on the mining expansion to turn this particular site into an integral part of the company’s iron ore division, which wants to grow its exports to 360 million tonnes per year.

"The proposed action is a large-scale iron ore mining project, with an estimated operational mine life of approximately 16 years. Subject to obtaining all relevant internal and external approvals, construction for the project is scheduled to commence in 2016. Production is scheduled to commence in 2017," the company shared. "The project is centered on substantial iron ore deposits in the Hamersley Ranges and is anticipated to make a significant contribution to Rio Tinto's iron ore exports over the next few decades.”

Part of the reason the iron ore price is at its lowest price in five years is due to the overabundance of the commodity on the market. Although increasing exports will only create a bigger influx, big mining companies like Rio Tinto and BHP Billiton are still able to profit from its production.