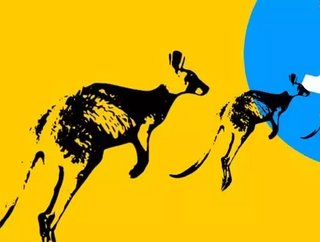 A senate inquiry said bitcoin along with other digital currencies should be treated like regular money in Australia, overturning an earlier Australian Taxation Office ruling that classifies it as an “intangible asset.”

The initiative seeks to establish similar standards as in the United Kingdom, Canada and Singapore, where bitcoin is recognized as money.

According to Australian Financial Review, the Senate Economics References Committee into digital currency is expected to make the recommendation when the completed report is tabled in the Senate this week.

"The opportunities for trade, investment, high salaries and world-leading skills are far more important [than any potential loss of revenue], and I urge the states to work with the Commonwealth to make what amounts to simple change," Labor Senator Sam Dastyari, told the publication.

"Without a doubt, the main benefit will be the confidence and certainty that removing a GST will provide to our own digital entrepreneurs, and the foreign businesses who want to set up here. The Treasury ministers need to work with the states to make the changes necessary to bring our legislation into the 21st century."

In July 2014, the ATO ruled that bitcoins and other cryptocurrencies will be slapped with goods and services taxes (GST), hindering a number of emerging Australian companies. The ruling meant transactions are hit by GST as well as subject to capital gains.

According to Dastyari, states will not lose a great amount of revenue from changing the GST rules for bitcoin and digital currencies.

"The amount of revenue in question is negligible. The opportunities for trade, investment, high salaries and world-leading skills are far more important, and I urge the states to work with the Commonwealth to make what amounts to simple change," Senator Dastyari said.

The introduction of bitcoin as currency has potential to establish Australia as a global leader at the forefront of change in global attitudes towards digital currencies.

"Most importantly, it will send the message to local tech entrepreneurs that their government is listening to them, and that in itself is a major step forward," Senator Dastyari said.

"We have been contacted by many young Australians in the global tech industry who have told us they would love to come home to work in this field."