The Real Cost of Appointing a Foreign Director 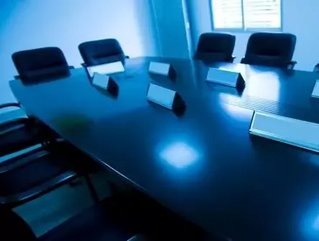 
Jossel Ginsburg, one of the founders of web content management firm, Presence Online, has a resounding memory of one independent director who was appointed to the company's board. “He never turned up in person,” he recalls. When Presence Online went international in 2002, the investors had insisted on appointing a US director to the board. “The [international investment bank] found us a venture capitalist from their US affiliate and recommended that we appoint him as a director. We assumed that he would assist us in breaking into the US market,” says Ginsburg. “But in fact he did not help us. During the time when we really needed help, we held our board meetings every month and he would only join us via mobile phone for those specific meetings. It was an expensive and unhelpful exercise.” In the interim, the company was sold to technology corporation, IBM.

Ginsburg’s experience is not unique. “Firms with directors from abroad are associated with significantly poorer performance, weaker governance and higher costs,” according to Ron Masulis, a professor in banking and finance at the Australian School of Business. His research, based on an analysis of 13% of Standard & Poor’s index of America's 1500 largest public companies with foreign independent directors, has pinpointed many adverse effects of foreign board members on corporate governance.

The discussion that ensued following the cataclysmic failures of US corporations, Enron and Worldcom assumed that the key to the future prevention of comparable disasters would lie in better quality boards. Their effectiveness was to be ensured by appointing more international, diverse and independent members with better skills. While no one will argue against the positive impact of appointing directors with improved skill sets, simply going across borders to hire directors does not solve problems – rather it creates new ones, Masulis points out. Enron’s management committed high-profile accounting fraud, “and one particularly noteworthy aspect of the Enron board was that its audit committee included two foreign independent directors, the chairman of the Hang Lung Group in Hong Kong and a senior executive of Group Bozano in Brazil,” he notes.

Empty Seats at the Table

Foreign directors can be less effective than their domestically based counterparts for several reasons. One is the tyranny of distance, Masulis says. A director who is geographically distant from corporate headquarters finds on-site visits and attending board meetings more difficult and time-consuming. This undermines his or her ability to closely monitor management. Masulis and fellow researchers, Cong Wang from the Chinese University of Hong Kong and Fei Xie from Washington's George Mason University, found that – when all else is equal – foreigners are almost three times more likely than locals to miss at least one out of four board meetings. Such problems are widespread. The Wall Street Journal reported Citigroup considered replacing Winfried Bischoff as its chairman because “Sir Win, who is based in London, hasn't been exercising adequate oversight.” In February 2009, Sir Win stepped down. The Korea Corporate Governance Service has also noted that the attendance record of foreigners at board meetings of Korean public companies continues to be poor.

However, in Australia companies with foreign independent directors may be more alert to the problem due to the stronger regulatory monitoring that came with the Corporations Act 2001, suggests Geoffrey Cousins, a director of Australia's largest telecommunications provider, Telstra. “In the US, the annual report only lists company directors who failed to attend more than 75% of the board meetings. In Australia, we record and publish any absentees to any board or committee meeting in precise detail,” says Cousins. “So maybe that helps!”

The long-distance factor also causes foreign directors to fall short in their ability to glean relevant information, Masulis indicates. Often cut off from local networks that provide valuable "soft" information, they have generally less insight on what's happening in and around companies' operating environments. They are less familiar with local accounting rules, laws and regulations, governance standards, and management methods, making it more difficult for the foreign director to evaluate the performance or challenge management decisions.

“Our analysis shows that firms with foreign directors on their boards are significantly more likely to end up with financial misreporting and they are associated with a 10% higher, and slightly less equity-based, CEO compensation than other corporations,” says Masulis. “This suggests that the presence of foreign independents contributes to weaker corporate governance and higher costs.” Investors are aware of these problems. Stock markets react negatively to a firm's decision to appoint a foreign director, the research shows. In the three days surrounding the announcement of a foreign director's appointment, the market-adjusted stock return is minus 0.56%. This is significantly lower than those generated by appointments of domestic independent directors.

However, multinational corporations cannot afford to go without foreign directors, argues Robert Webster, who specializes in board services at the Sydney office of executive recruitment firm, Korn/Ferry International. “They need to be global in the true sense of the word and that includes the board. It comes down to finding the right people who are committed to the company and easy on travel, and the issue of how well the chairman manages the board,” says Webster who evens the score, by noting: “Many local directors are fairly uncommitted, too.”

Increasingly, as companies look beyond national borders for opportunities to cut costs and generate growth, there is a strong case for foreign directors, Webster attests. A foreign director’s knowledge of home countries and their connections to local business networks can be highly beneficial when companies move into new territories where they face unfamiliar political landscapes, regulatory environments, industry structures and consumer preferences. Indeed, Masulis and his team found that in mergers, the returns of acquiring companies are significantly higher in deals where the acquirer has a foreign director from the same region as the target market.

Overall though, Masulis concludes that companies with foreign independent directors exhibit significantly lower returns on assets (ROA) when they do not have a significant business presence in their foreign director's home region. But he points out that many of the US firms in the study did not have large operations outside of the country. This means key questions, for companies considering the appointment of a foreign director, concern whether they have large sales or operations offshore and where they are located.

Clearly, the efficiency of a board comes down to how well it is managed. “And this inevitably depends on the individuals involved,” says Webster. Cousins, who previously chaired the board of ad agency George Patterson and has served as a director of media enterprises Publishing and Broadcasting Limited, the Seven Network and Hoyts cinemas group, agrees. “If you hire the right people, the positive impact can be tremendous, especially when the trends and developments in your industry come from other countries and when the success of your local company is massively determined by the movements on the world market,” he says.

However, Masulis’s research offers serious food for thought on the motivations behind boardroom appointments. Is it possible that some foreign independent directors are brought onto boards precisely due to their limited monitoring capabilities, “much like the appointment of other deficient independent directors, such as very busy or old directors?” he asks.

This article was produced and published by [email protected] School of Business. Click here to read more articles and stay up to date with the latest business news and research.

[email protected] School of Business is a free web-based journal produced by the Australian School of Business at the University of NSW. Join a community of over 74,000 professionals from 182 countries by subscribing to the free fortnightly business bulletin.