Qantas partners with American Airlines to increase travel between Australia and U.S. 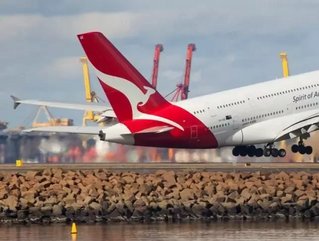 Traveling from Australia to the United States is about to become easier.

Qantas Airways has partnered with American Airlines to operate direct flights from Sydney to Los Angeles for the first time beginning in December, while Qantas will resume flights from San Francisco to Sydney.

The change in the two airlines’ four-year-old joint venture to a revenue-sharing agreement is expected to increase air capacity between Australia and the mainland United States by about nine per cent. Qantas previously stopped its flights to San Francisco when it chose to fly into Dallas, Texas — American Airlines’ largest hub — back in 2011. However, the airline revealed last month that San Francisco was the seventh-largest corporate destination from Australia, in front of both Auckland and Shanghai.

Qantas CEO Alan Joyce believes a lower Australian dollar could increase the number of Americans flying to Australia, and said the prosperity of the technology industry in Northern California’s Silicon Valley makes this a smart decision.

“(San Francisco) is the largest connecting market we serve (in the US),” Joyce said. “We expect it to be a new generative market for us.”

Aside from San Francisco, Qantas also flies to other US cities including Los Angeles, New York, Dallas and Honolulu. While United Airlines also features flights from Sydney to San Francisco using a Boeing 777, Qantas will have six Boeing 747 flights a week on the same route beginning in January 2016.

Meanwhile, American will fly daily between Los Angeles and Sydney on its signature 777, which includes fully-flat seats with aisle access, as well as a bar in its first-class and business-class cabins. It will be first time American Airlines has flown to Australia since the 1990s, and will share its revenue with Qantas as part of their trans-Pacific Joint venture agreement.

American Airlines is adding the new Sydney-Los Angeles flight as part of an even bigger plan to be the main US carrier at the Los Angeles International Airport (LAX). US and Australian also intend to explore the possibility of adding flights to and from New Zealand down the line, but Air New Zealand holds a monopoly on flights between New Zealand and the mainland United States that allows it to charge as much as Australian airlines do for longer flights from Australia to the US.

American Airlines chairman and CEO Doug Parker is confident the partnership between them and Qantas will give both airlines a stronger international presence.

“Strengthening those ties has provided us with a solid foundation to introduce American-operated flights into the Australian region,” he said. “We are going to have to get Australians to see the new product.”