The Price of Olympic Gold 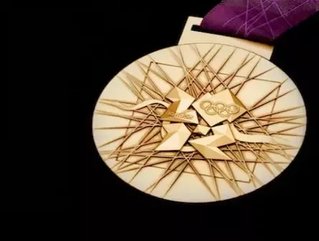 Are Olympic gold medals worth their weight?

Of the 600 grams of metal used to produce a single first place medal, only six grams are pure gold; the remainder is primarily silver.

Therefore, according to reporting by News.com.au, the value of a gold medal is about $680. Had it been made up of purely gold – as they were until 1916 – the price tag would have surpassed $20,000 due to the worth of gold skyrocketing 470 per cent since the 2000 Sydney Games.

"There's a reasonable relationship with gold. It does depend a little bit on supply and demand,” said Fat Prophets senior analyst Greg Fraser to News. “In the past, silver's been in heavy demand for photographic use, but that's disappeared off the scale now and instead it's used mostly for electronics."

Aligning with London’s aim to host “the most sustainable Games ever,” Rio Tinto’s medal production has received environmental approval and supply chain transparency ‘from mine to medal.’

"Rio Tinto has a long-standing commitment to sustainability and this is a key part of their work with us,” a London 2012 spokesperson informed the UK’s Telegraph.

The mining company, which is headquartered in London but also listed on the Australian Stock Exchange, sources the metal used in their gold, silver and bronze medals from the Kennecott Utah copper mine in the US and the Oyu Tolgoi project in Mongolia. The final products were created by British government-owned Royal Mint and guarded within the Tower of London until the Games kicked off.

Regardless of monetary value, the impacts an Olympic gold medal has on the winning athlete are priceless.

According to Reuters, Olympians who win gold in swimming, track and field, and gymnastics attract the highest amount of sponsor interest and boost their athletic value to seven-figure annual salaries.

"But it really does need to be a gold medal, not a silver or bronze, to have that marketing impact, unless there is an exceptional story behind the athlete,” said Peter Carlisle, managing director of Olympics and Action Sports.