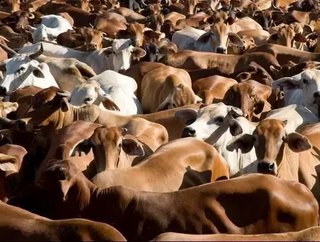 Covering 1.3 percent of Australia’s landmass, the Kidman Estate is the nation’s largest cattle ranch. And, following much jostling, Gina Rinehart has put in a bid that’s likely to succeed.

Rinehart is Australia’s richest woman, and has recently invested in the UK’s largest potash mine in Northern Yorkshire.

Rinehart is the leading investor in a consortium made up almost exclusively of Chinese nationals; previous bids from Chinese investors were blocked by the Australian government following concerns over national security.

The new counter-bid includes four of the country's richest cattle families, which will together be offering A$386 million. Kidman had already accepted the joint $A365 million offer by Ms Rinehart and Chinese developer Shanghai CRED Real Estate, but the company's board is required to consider higher offers.

The new offer was filed late on Sunday from the BBHO consortium, comprising the Brinkworth, Buntine, Harris and Oldfield families, and would not require approval from Australia’s foreign investment board.

The land supports 10 cattle ranches, a bull breeding stud and a feed lot covering 101,411 square kilometres spanning four states; the successful bid by BBHO would create one of the world's biggest cattle businesses, with over half a million head of cattle.