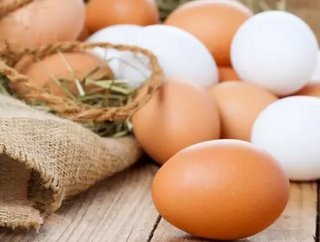 As the downturn of the iron ore industry continues, mining companies around the globe have turned their attention toward other industries.

Century Iron Mine said last year that it expected to spend C$250 million on development and starting production by 2017. However, the price of iron ore is currently around US$56 per tonne while the company’s break even for its flagship Joyce Lake project is US$58.25.

“As a supplier of commodities to China from the rest of the world, we see this as a logical extension because of our networks and talent there,” said Century CEO Sandy Chim.

The change in thinking was brought on by the 68 per cent plunge of iron ore prices over the past four years, with no rebound in sight until 2018 according to Chim. So instead, he’s decided to follow the path of Aussie mining moguls Andrew Forrest and Gina Rinehart, who are also expanding into food production.

Chim is expected to invest $2.04 million in the egg business, mostly using funds intended for Joyce Lake. As the industry’s giants such as Vale, Rio Tinto and BHP Billiton continue to increase output from its smaller mines, Chinese steelmakers are only using about 70 per cent of it.

As funding for small iron ore projects such as Joyce Lake have nearly vanished, Chim said he intends to wait it out until the market rebounds. Until then, he plans to use the remaining US$40 million on Century’s balance sheet as well as backing from his Chinese shareholders to start new business ventures.

But Century isn’t the only mining company in a state of transition. Brazil’s All Ore Mineracao recently said it will shut down its ore and gold projects to begin making cosmetics. The company now goes by Sweet Cosmetics, and saw its shares go up as high as 70 per cent.

It appears diversification is the new trend.