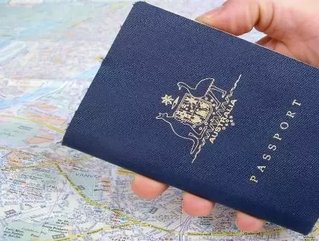 Australians are being urged to pay a ‘travel levy’ for foreign trips and increased passport fees under a plan proposed by Labor, the Coalition and the Greens to help offset the heightening cost of Aussies getting in trouble overseas – from losing passports to spending time in a jail cell.

The cost to cover these incidentals “could add as little as $3 to $5 to every airline ticket,” said Committee chairman and Labor MP Nick Champion, adding that this amount could be lowered if the traveller has obtained travel insurance.

The financial burden currently being shouldered is certainly significant. According to reporting by the Brisbane Times, the Foreign Affairs Department assisted 14,500 Australians last year who encountered a range of problems overseas, including several hundred arrests and more than 300 emergency taxpayer loans.

Over 200,000 travellers also received assistance from the consulate for ‘minor issues’ including displaced travel documents and ‘navigating foreign bureaucracy,’ amounting to a 50 per cent increase in these types of cases over the past five years.

As the number of cases has gone up, however, the amount of funding and staff employed to deal with these issues has remained stagnant, putting stress on the consulate’s ability to sufficiently address travellers’ woes.

“The report [has found that] the growing burden of consular support for tens of thousands of Australians in trouble overseas — including high-profile cases such as that of Melinda Taylor, the Australian lawyer imprisoned in Libya — is limiting the ability of diplomats to properly represent Australia,” wrote senior correspondent Daniel Flitton in the Sydney Morning Herald.

The Herald Sun pointed out that one in five Australians do not obtain insurance prior to going overseas, and that some travellers (i.e. those who are pregnant or elderly) may not receive full coverage. This poses an interesting dilemma: should Australians bear the responsibility for financially protecting their overseas counterparts when they get into trouble while travelling?

According to one prominent blogger, the answer is a firm ‘no.’

“It is true that a small levy would have no effect on travel abroad by Australian passport holders. But also, no benefit to the defraying of the cost of individual misadventure to the our diplomatic services if the real benefit is to support public service careers that might be better spent doing something else, perhaps in the private sector,” wrote Crikey blogger Ben Sandilands.

Mr Sandilands cites a key argument against the travel levy: would a few cents – or a few dollars – from their fellow travellers have an effect on the decisions people make while on holiday overseas?

“Adding the [Smart Traveller] warning that travelling abroad without appropriate travel and medical insurance could result in personal financial ruin, and that consular officials are not bank tellers, could achieve far more than inventing an entirely new layer of costly bureaucracy to protect people from their own stupidity,” Mr Sandilands’ said in his blog post.

The Lowy Institute for International Policy, on the other hand, voiced their support for the fees, saying they seemed “a perfectly worthy reason to charge people.”