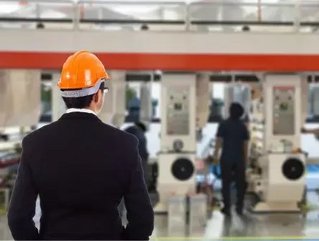 The manufacturing sector saw a tiny reprieve today when February’s Performance of Manufacturing Index (PMI) statistics were released. The 48.6 rating is still 1.4 under the break-even point between growth and contraction, but many saw the slightly higher index as good news.

PMI is made of a combination of indicators including production, new orders, deliveries, inventories and employment. This is the fourth straight month that has seen slowed manufacturing activity, but the pace of the decline has eased a bit. Several factors are currently affecting the sluggish sector, including the strength of the Australian dollar, current high energy costs and low productivity growth. Recent news of the closure of Toyota in Australia continues to negatively affect manufacturing’s recovery from the 2008 global recession.

“The sector remains in contraction, and obviously those pressures around confidence through the recent round of closure announcements, as well as the ongoing pressure around the relatively high dollar and low productivity, is making it very tough,” said Innes Willox, Australia Industry Group’s CEO.

Willox warned that May’s federal budget would point towards how long domestic manufacturing will continue to suffer. Predictions have also been made that manufacturing investment could fall between 20 to 35 percent in the coming year, negating what little extra footing it has gained in the first two months of this year.

January’s PMI was on-point with the average of the last 12 months’ average of 46.5; February’s rating was only slightly higher. Other promising statistics that may indicate some relief is on the way were found in the production and new order’s components of the PMI. Production rose over the break-even point to 51.5 in February, compared to 45.2 in January; new orders rose to 50.

However, the export index pointed to the possibility of continuing decline as it fell from 34.1 in January to a dismal 25.8 in February. Government will need to focus on the transition to the end of the auto industry in Australia to help the slide in manufacturing. Attention will also need to be on supporting the non-mining economy as the mining boom fades. There are no quick fixes to the downturn that has gripped manufacturing since the 2008 global recession, and there could still be many difficult years ahead.