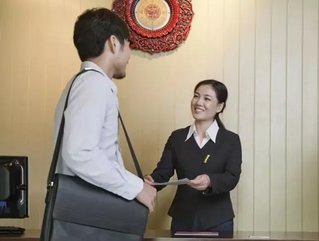 Fast-growing Indian hotel chain OYO Hotels has announced a funding injection of US$1bn to grow its Indian and Chinese operations
This round of funding places OYO’s value at around $5bn, according to Reuters.
OYO Hotels aggregates budget hotels and hostels whilst ensuring a baseline of quality, noted by TechCrunch to include “clean sheets, hot showers, and free WiFi”.
The $1bn funding was largely provided by Softbank, which contributed $800mn alongside Lightspeed, Sequoia, and Greenoaks Capital.
$600mn of the funds will be invested in OYO’s Chinese operations, where Reuters said it has already “expanded into 171 cities and 87,000 rooms since its launch in the country about 10 months ago”.
OYO has said that China represents a second “home market” for the firm alongside India.
The remaining $400mn will go towards bolstering growth in India and supporting its presence in other markets.
The startup, led by 24-year-old CEO Ritesh Agarwal, recently announced the company’s expansion into the UK.
See more:
Reuters reported that OYO would seek to influence its aggregated partners in the UK with “redesign, property management and marketing” to boost their competitivity.
“We will continue to explore newer businesses while remaining focused on both organic and inorganic growth”, Agarwal said in a statement quoted by TechCrunch.
“In the last 12 months, we have increased our international footprint to five countries”.
“With this additional funding, we plan to rapidly scale our business in these countries, while continuing to invest further in technology and talent”.
SoftBankHospitalityOYO HotelsRitesh Agarwal
Share
Share