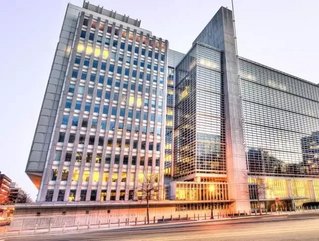 According to the World Bank’s recent report, Indonesia’s economy has consistently strengthened in the past year.

Growth continues at a solid pace during the third quarter of 2017.

According to the December 2017 Indonesia Economic Quarterly, this was helped by “commodity tailwinds and stronger domestic and external demand”.

Real GDP growth grew from 5% in Q2 2017 to 5.1% in Q3 2017, and investment growth was at its highest figure in four years. Export and import volumes exhibited double-digit growth for the first time in five years.

Rodrigo A Chaves, the World Bank Country Director for Indonesia, said: “In addition to external factors such as high commodity prices and stronger global growth, the solid performance of the Indonesian economy was also supported by a better business environment that is attracting more foreign direct investment, as well as more public capital investments, which is the direct positive impact of fuel subsidies reduction two years ago…

“This reflects the importance for the government to persevere in implementing further ambitious reforms such as increasing tax collection and continuing to rationalise subsidies to accelerate infrastructure and human capital development.”

Sales of consumer durable products (things like cars or motorcycles) have gone up after a recent dip, with motorcycle sales in particular increased by double digits in Q3 2017, having decreased consistently for the past three years.

Real GDP growth is predicted at a value of 5.1% for the end of 2017 and it’s thought this will increase to 5.3% in 2018. This growth is expected by the World Bank to be “driven by continued strong investment growth, further recovery in consumption, and an increase in government spending”.