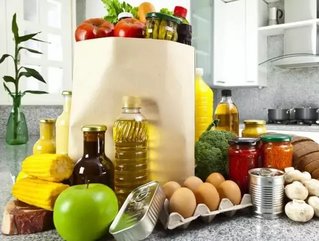 This news follows early-stage discussions which involved US executives from Kroger travelling to China for meetings.

The businesses have not commented on whether the partnership will come to fruition and when we might see developments, but the potential partnership is likely to be a retaliation against Amazon.com’s expansion into the grocery sector after its acquisition of US chain Whole Foods last year.

Kroger has been threatened by Whole Foods using Amazon Go-like technology allowing users to have an interactive, cashless shopping experience in a brick-and-mortar store.

Two days after the announcement of the Whole Foods acquisition, rival Kroger saw its shares fall by 26% and they have not since fully recovered. Over the past year shares have decreased by 13%.

Another sign of Kroger’s defence against the tech giant has been its November announcement that it will launch an apparel range.

According to the New York Post, Kroger has around 2,800 stores in the US and as such would be a good base from which Alibaba can access the US grocery market and step up against rival Amazon.

An Alibaba Spokesperson told the Post: “Alibaba has dialogue with hundreds of businesses aorunf the world every single day about expanding commercial relationships and reaching Chinese consumers and Kroger is just an example of that.”

Indeed, Alibaba has already begin expanding its brick-and-mortar offering and is expanding in the Chinese grocery market, having partnered with French retailer Auchan. Auchan recently opened a series of unmanned “Auchan Minute” stores across China in partnership with Hisense.

In addition, online retail giant JD.com has opened the first of its high-tech supermarket chain, 7Fresh, to obtain a slice of this new sector.