The nine people who control the global economy 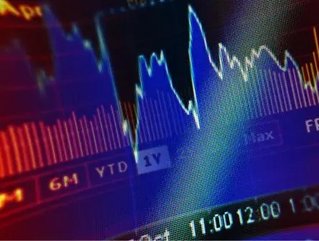 So, what do the nine members of the Federal Reserve Board in the United States have anything to do with Australia? A lot, actually. The Fed sets the monetary policy in the US, one of the world’s biggest economies and an effective linchpin in the global financial system. Because of this, each decision made by the Fed has a huge ripple effect through the markets in the rest of the world. The decisions of this economic group are very important for the Australian economy.

“They’re considered a baseline for markets, it’s up to market economists to add more colour,” Elliot Clarke, Westpac economist, said. The impact the Fed will have with the last phase of their quantitative easing program (called Operation Twist), is still unknown to Australia, and the markets do not like the uncertainty. If there is a prolonged period of tapering, like many believe, Australian purchasing power would remain around the same, which is positive news for Australian consumers.

Below are short summaries about each of the Fed’s members.

Yellen is the first woman chair of the Board of Governors of the Federal Reserve System. She was vice chair from 2010 to 2014 under Ben Bernanke, and previously an economics professor at the University of California, Berkeley.  Also included on her resume are positions of president of the Federal Reserve Bank of San Francisco and chair of the White House Council of Economic Advisers under President Bill Clinton.

Jerome H. Powell, Board of Governors

Powell has a law degree from Georgetown University, and served on boards at corporate, charitable and educational institutions early in his career. Prior to serving as Assistant Secretary and Undersecretary of the Treasury under President George H.W. Bush, he worked as a lawyer and investment banker in New York City.

Jeremy C. Stein, Board of Governors

Stein is the former Moise Y. Safra Professor of Economics at Harvard University. Before joining the board, Stein was a member of the Federal Reserve Bank of New York’s Financial Advisory Roundtable, president of the American Finance association, and, for most of 2009, a senior advisor to the Secretary of the Treasury under President Barack Obama’s administration.

Daniel K. Tarullo, Board of Governors

Before joining the Federal Reserve board, Tarullo held several senior positions during the Clinton administration, including Assistant to the President for International Economic Policy. He has his masters from Duke University and his J.D. from the University of Michigan Law School. Tarullo was also a professor at Harvard Law School.

As president of the Federal Reserve Bank of New York, Dudley has a permanent seat on the Federal Open Market Commitee (FOMC), where he currently serves as vice-chairman. He has his PhD in economics from the University of California, Berkeley, and was previously the chief economist at Goldman Sachs for a decade.

Fisher has been the President and CEO of the Dallas Reserve Bank since 2005. He earned a degree in economics from Harvard, and a MBA from Stanford University. Most recently he was against the quantitative easing then-chair Ben Bernanke and the board of the Fed were interested in pursuing.

Kocherlatoka graduated from Princeton with a degree in mathematics at the age of 19, and later earned a PhD in economics from the University of Chicago. He has been the president of the Federal Reserve Bank of Minneapolis since 2009.

Sandra Pianalto has been with the Fourth District Federal Reserve at Cleveland since 2003, but has been involved with the Cleveland Bank for over 20 years in positions such as economist in the research department to the first vice president and COO. She serves on many committees in her community as well.

Currently, two positions on the board are open, and there are several nominations pending. The Senate Banking Committee is expected to consider the nomination of Stanley Fischer at vice chairman and is also looking into Lael Brainard.