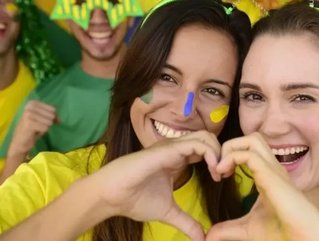 The Aussies begin play in the 2015 FIFA Women’s World Cup in Canada on Tuesday with Australia’s Westfield Matildas taking on the United States in the opening round. But the financial impact of the event has long been felt. 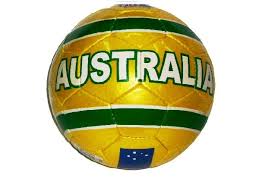 Westfield, Nike, Qantas, Hyundai, NAB and Telstra are each proud sponsors of the Matildas, while Canadian brewery Labatt and mobile telecommunications company Bell are each signed up as national supporters of the Women’s World Cup. Nike has been a partner with Football Federation Australia (FFA) since 2004, and the two sides have come to agreements on three-consecutive extensions on their sponsorship deal. It is also the largest guaranteed sponsorship investment for the FFA since its inception in 2004.

RELATED TOPIC: With NBA Finals looming, Aussies shine both on and off the court

“Nike is dedicated to the development and success of the game of football both locally and on a global scale,” said Paul Faulkner, Nike Pacific general manager.

Hyundai also sponsors Australia’s top soccer league “A-League,” while Qantas sponsors the men’s senior national team, the Qantas Socceroos. Of course, Westfield is a top sponsor for the Matlidas behind owner Frank Lowy, who is considered the Godfather of Australian football. He is currently worth an estimated $5 billion.

Lowy and the FAA have also been dealing with ongoing fallout from its controversial bid to lad the 2022 World Cup, which was eventually awarded to Qatar. As part of that bid, the FFA paid $500,000 for a stadium upgrade in Trinidad, which wound up in the pockets of former Federation International Football Association (FIFA) deputy president Jack Warner.

The situation is part of an FBI investigation into bribery and racketeering charges at FIFA, as the FFA recently showed evidence that the funds were supposed to go directly to the Confederation of North, Central America and Caribbean Association Football (CONCACAF) instead.

For the first time in Australian TV history, SBS will broadcast the entire event. Each match during the month-long tournament will be shown live on SBS ONE, SBS HD and online. The federally funded SBS is the official Australian broadcaster for other high-profile events such as Eurovision, but had its funding cut by $308 million over five years which has led to staff cuts.

American cable sports channel Fox Sports has nearly sold out of TV ad space, and the network is on pace to bring in over US$17 million in sponsorship revenue for the event. That is almost three times the amount ESPN raked in from ad revenue back in 2011, according to Kantar Media.

There’s also some technology in play, as the tournament will use the Hawk-Eye system’s goal-line view for the first time, while this will also be the first Women’s World Cup played on artificial turf. It should be an interesting event this summer in several different aspects.