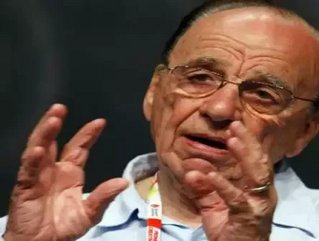 News Corp’s publishing and entertainment operations will become two separate, publicly traded companies after a unanimous vote by the board.

According to the Wall Street Journal, one company will operate as a newspaper and book publisher, while the other will encompass all entertainment aspects: the 20th Century Fox movie studio, the Fox broadcast TV network, and the Fox News cable channel.

The decision was made as a way to salvage the scandal-ridden newspaper operation, which shareholders see as a ‘drag’ on the entertainment side of Rupert Murdoch’s empire. From television alone, the company derives a whopping 70 per cent of its profits.

“Rupert was willing to make some moves that he was historically unwilling to make,” the Sydney Morning Herald quoted David Bank, a New York-based analyst with RBC Capital Markets.

In a conference call with investors, Murdoch acknowledged the Australian roots of News Corp and the benefits that will result from the companies splitting into two strong branches.

"We've come a long way in our journey that began nearly 60 years ago with a single newspaper operating out of Adelaide," Murdoch said. "Our aim is nothing less than this: To create the most ambitious, well-capitalized and highly motivated news and publishing company in the world.

"Through this transformation, we will unleash [the] real potential [of our publishing business] and be able to better articulate the true value they hold for shareholders.”

According to Bloomberg, Murdoch is looking to hire from within to fill the role of CEO of the publishing division of the business.