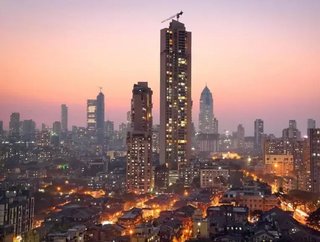 Mukesh Ambani, CEO of Reliance Industries, has been named Forbes’ richest man in India for the 10th year in a row.

Forbes recently released a list of the 100 richest people India.

Ambani possesses $38bn in personal wealth. His feat of topping the list for ten years has not been achieved by an Indian businessman before.

Oil and gas giant Reliance Industries Limited is chaired and run by Ambani and is one of India’s most valuable companies.

The company was founded by Ambani’s father, Dhirubhai Ambani, in 1966. It was originally a textile manufacturer. After their father’s death in 2002, Ambani and younger brother Anil divided up their inheritance.

Earlier this year Ambani briefly took Bill Gates’ top spot as the richest man in the world as stocks in Reliance rose.

Shares in the company were helped by the launch of telecom arm Reliance Jio last October.

Ambani currently resides in the world’s costliest home, Antilla, which is located in South Mumbai.

As a whole, the total value of India’s 100 richest businesspeople has gone up to $479bn, marking a 29% increase from last year.

Reliance Industries helped add $15.3bn to Ambani’s personal wealth last year, marking a 67% rise. Forbes stated that this made him “the biggest dollar gainer on the list and one of Asia’s top five richest.”

It was also stated that “Improved refining margins and his telecom unit Reliance Jio’s thundering success in notching up 130mn subscribers since its 2016 launch boasted shares of Reliance Industries.” Jio has gained these subscribers by offering free domestic voice calls, cheap 4G data and cheap smartphones.

The second on the list was named as Azim Premji, Indian investor and chairman of Wipro Limited, India’s third largest outsourcer. Premji has a net worth of $19bn. He has gained two places this year having added $4bn to his wealth. Forbes stated this was partly due to increased profitability of Wipro Enterprises.

Overall, 4 in 5 of those who remained in the came place on the list from last year still saw a rise in wealth, with 27 members of the list adding at least $1bn to their net worth.