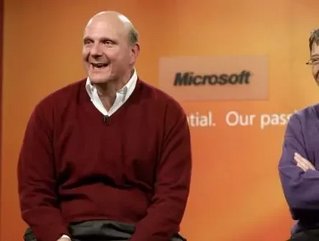 In what is to become Microsoft’s largest acquisition to date, the computing giant will purchase Internet phone provider Skype for a price up to US$8.5 billion.

The Wall Street Journal reported Tuesday that Microsoft sees an opportunity to expand the Skype scope by blending it with technologies across Microsoft’s vast portfolio of products, including the Xbox videogame console, Windows Phone software and Lync communications product for businesses.

So, what does this mean for Microsoft, who has notoriously kept its hands off major purchases like this in its 36-year history?

It will give Microsoft a familiar brand name on the Internet—an area where the software giant has struggled to keep up with competitors in the last decade. According to the WSJ, Microsoft CEO Steve Ballmer sees the Internet as an essential battleground for Microsoft, a company that still makes the vast bulk of its profits from Windows and Office software systems.

Skype could potentially be a factor that allows Microsoft to better compete with Google and Apple, who are currently dominating the smartphone market. Perhaps Skype could be leveraged with Windows Phone 7 operating system to create a bigger market share for Microsoft—an area of uncertainty right now.

Still, it cannot yet be determined how lucrative Skype will be for Microsoft. Since Skype was founded in 2003, it has yielded little profit and halted initial attempts to go public. In fact, eBay bought and sold the Internet phone company when it failed to produce the results it had hoped. Also, Skype's software is free and allows Skype users to call one another at no charge, either. Skype users can also call land lines for a fee and conduct video calls.