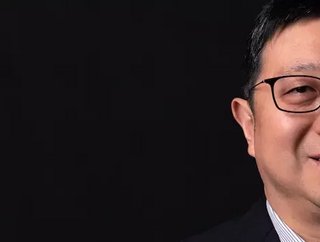 China’s biggest ecommerce company Alibaba has appointed a new chief financial officer (CFO), as well as announced a separation of its China and overseas ecommerce businesses, as the firm looks to strengthen its long-term succession plan and rescue falling growth, amid ever-more government scrutiny.

Alibaba Group Holding has said it will reorganise its ecommerce businesses by forming two new units, international digital commerce and China digital commerce, as part of its efforts to become more agile, accelerate growth and counter the rising regulatory rules in China.

As part of this strategy, the company is reshuffling its executive finance team with current deputy CFO Toby Xu tapped as the new finance executive.

Toby will replace current CFO Maggie Wu who is stepping down but who will continue to serve as an executive director on Alibaba’s board and continue to leverage her deep experience to support Alibaba in new ways, according to Daniel Zhang, CEO of Alibaba Group.

As CFO for the last eight years and with the company for 15 years, Maggie has been instrumental to Alibaba’s achievements, leading three successful company public listings including floating Alibaba.com on the Hong Kong stock exchange in 2007 and Alibaba Group Holding on the NYSE in 2014.

“The announcement of Alibaba’s CFO transition today is the culmination of extensive preparation over many years and a part of Alibaba’s leadership succession planning,” Maggie says. “I trust Toby even more than I trusted myself when I first took up the CFO position years ago.”

Such decline is in large part due to China’s tech crackdown as Alibaba continues to navigate the new regulatory environment. Beginning late 2020, the government has established a five-year plan to strengthen rules that would clamp down on monopolistic behaviour and regular technological innovation, unveiling a wave of new industry regulations and penalties, many of which are targeting the internet sector.

Alibaba was fined a record US$2.8bn for antitrust violations and is under intense scrutiny as regulators continue to step up oversight of the tech industry. While tech companies Didi Chuxing and Tencent have also been fined by China’s market regulator.

As Chinese tech companies continue to navigate what is an increasingly regulated and uncertain business landscape, there have been an array of leadership reshuffles and step-downs in 2021.

In June, founder of TikTok owner Bytedance, Zhang Yiming, stepped down as chairman to take a less prominent role, having previously stepped down as CEO. Then, in September, Richard Liu bowed out of his role as CEO of ecommerce giant JD.com, and most recently, Su Hua, founder of TikTok rival video-sharing app Kuaishou swapped his CEO position for a more behind-the-scenes role as chairman of the board.

These leadership retreats follow that of Alibaba’s co-founder Jack Ma, who formally stepped down as chairman in 2019.

Clearly, Toby Xu will have a lot on his plate when he takes the financial reins of Alibaba in April 2022 – not just in terms of navigating the country’s regulations, but in raising the profits of the ecommerce giant.

So, who is the man set to take the top finance job and can he do it? According to Daniel Zhang, CEO of Alibaba for the last five years, Toby is the clear choice having already achieved so much as deputy CFO.

In his role as deputy CFO, says Zhang, Toby “has quickly demonstrated his solid capabilities and leadership in response to the continually evolving business landscape. He took on increasing responsibilities that grew to include our strategic investments, in addition to financial management and operations.”

Prior to Alibaba, the physics graduate spent 11 years at PwC where he was a Partner. He graduated from Fudan University in Shanghai, China and he’s a member of the Chinese Institute of Certified Public Accountants.