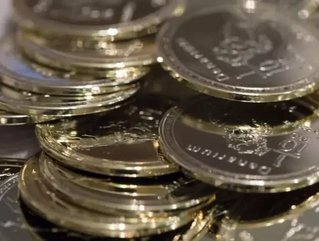 The Blockchain global summit hosted by the biggest bitcoin exchange operator in China, BitKan, has been postponed and had a change of venue following a recent crackdown on cryptocurrencies by the Chinese government.

The summit was set to begin in Beijing on 10th of September but was postponed just days before the planned start, and will now take place on 20th September in Hong Kong.

Earlier this month, Chinese authorities banned the new issuance of digital tokens to raise money for a project or company, otherwise known as ‘Initial coin offerings.’

BitKan commented on their website that the move was linked to the recent ban on ICOs, stating that they had ‘carefully balanced the pros and cons of the risks of Beijing’s city security updates and the ICO supervision from the central bank.’

They added: ‘Though we have reported to the local enforcement that there will be no ICO related contents in the summit, we decided to change the time and location… to lower the risk of being cancelled.’

It was also noted that most of the people scheduled to attend would be able to accommodate the change in venue. Those set to appear include Jihan Wu, CEO of bitcoin mining giant Bitmain, Roger Ver, promintne investor in bitcoin startups, and John McAfee, founder of McAfee and current CEO of MGT Capital Investments.

China is displaying a greater mistrust of cryptocurrencies – which are not tied to a government authority – than other countries, but the nation is not alone in its scepticism.

Indeed, James Dimon, CEO of JP Morgan, argued bitcoins were a ’fraud’ set to ‘blow up’ and likened them to 1600s tulip mania, adding: “You can’t have a business where people can invent a currency out of thin air and think people who are buying it are really smart.”

However, it has been speculated China will go further in banning all exchanges of Bitcoin by the end of the month.

BTC China, another of the biggest bitcoin exchanges in the country, has said it will stop trading by September 30th in response to tightening regulation.

After the BTCC announcement, the price of Bitcoin plummeted following an all-time high earlier in the month.

On 15th September, a sudden sell-off left bitcoin trading at 30% less than it had just earlier in the month. One bitcoin cost $3,183.63 on Friday morning, with $3000 seen as a ‘key psychological level’ for the currency. Whereas for example on 1st September, it had been valued at $4,650.57.

Prior to this, bitcoin had quadrupled in value from December to September, prompting some analysts to predict that it can recover from this drop.