KPMG: Sydney could become the fintech hub of APAC 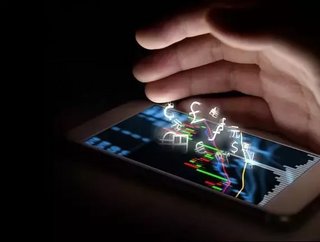 Booming fintech hub Sydney could become the industry epicentre for the whole of the Asia Pacific region.

Sydney is home to over half of Australia’s fintech companies and is helping to drive unprecedented growth in the sector, according to a new report by the Committee for Sydney and KPMG.

The report, Scaling the Fintech Opportunity: For Sydney and Australia, finds that the number of fintech startups in Australia has increased from less than 100 in 2014 to 579 companies today, with around 60% of all fintech companies basing themselves in Sydney.

Payments, lending and wealthtech are the three dominant categories of fintech companies in operation.

KPMG says investment has remained strong with US$675mn invested across 25 deals in 2016, and Sydney has been the major recipient of fintech venture capital investment at $171mn between 2014 and 2016. This is despite an overall global decline in investment in the fintech sector.

Ian Pollari, Head of Banking Sector, Sydney, KPMG Australia said: “The findings underscore the substantial growth that the fintech sector has seen in Australia over the past three years, as reflected in both the increasing numbers of fintechs operating locally, as well as the level of investment they have attracted.

“The challenge now is to see the more mature players scale their businesses, locally and internationally. The report also highlights the active nature of many Australian financial institutions in proactively responding to the threats and opportunities of digital disruption, and are doing so through a variety of ‘build, buy and partner’ initiatives.”

Sydney, and Australia more broadly, doesn’t yet have a clear business brand for fintech and beyond quality of lifestyle there is a lack of clear incentive for international talent to come to Sydney to start a business.

For more detailed information on the findings, read the report: Scaling the Fintech Opportunity: For Sydney and Australia