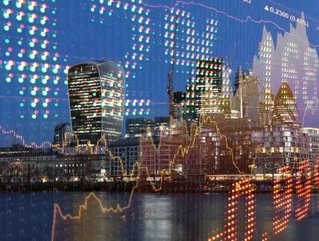 KPMG has released a report stating that investment in Australian fintech has reached an all-time high of US$1.91bn (up 252% from $753mn last year).

KPMG, one of the Big Four global accountancy firms (the others being Ernst & Young, Deloitte & Touche and PricewaterhouseCoopers), further stated that Australia’s success was bucking a global downward trend of falling investment (-3.7%).

“There is a depth of innovation across multiple areas of fintech, including banking and lending, proptech, insurtech and superannuation – and this is increasingly being recognised by investors and corporates.”

“As we move forward, we would hope to build on the momentum of 2019, in particular as Australia further develops our digital banking regime and open banking regulations,” he stated.

“The main theme for 2019’s Australian fintech market was diversity – with fintech investment expanding across product, sector and geographic borders,” she said. “It’s a trend that will only continue into 2020.”

One of KMPG’s predictions for fintech in 2020 is the increasing attractiveness of cybersecurity firms to investors. With a distinct lack of cybersecurity talent in both Australia and New Zealand, this could be fertile ground for new innovators looking to capitalize.

In a previous article, Business Chief explored the Reserve Bank of New Zealand’s belief increased threat of cyberattacks - which, in the worst instances, have the potential to cost almost NZ$2.3bn in damages - could create a flourishing new cybersecurity sector:

“According to some estimates, there could be 3.5 million job openings worldwide in this field by 2021 (Herjavec, 2019). The shortage amplifies the cost of cyber resilience and knowledge management, increases staff turnover, and bids up the cost of good expertise.”