Keeping Your Money Safe at the 2014 World Cup 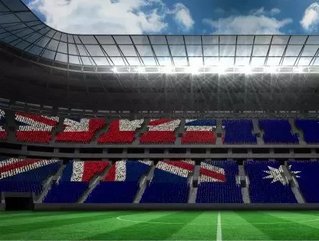 World Cup fever is building as many Aussies cheer on the Socceroos in their third tournament appearance in a row. Tens of thousands of Australians planned to travel to the host country of Brazil for the event. In fact, despite the team’s tough bracket, Aussie fans had scooped up more than 40,000 tickets – the second highest of any foreign country. Brazilian tourism officials predict the 3.7 million people travelling in the country will spend more than $3 billion during the World Cup this year. It’s also estimated that the average international tourist will attend at least four matches and spend at least $2,500 during their stay.

But soccer fans aren’t the only ones looking to make the most of the tournament. Fraudsters are already devising new ways to steal travellers' credit card and other personal details. While it is important that local banks and financial institutions be prepared to assist their customers abroad, travellers must also take steps to ensure their details are protected.

Like other emerging markets, Brazil faces a future characterised by just as many challenges as opportunities. Fraud, in particular, is a huge problem and Brazil has experienced its fair share of ATM and counterfeit payment card fraud issues. The influx of tourists in a market already struggling with complex fraud issues creates a potentially dangerous situation for uninformed travellers.

Reports by Kaspersky Lab have already uncovered rampant cyber-attacks dubbed “World Cup Malware,” which specifically target card and internet banking customers looking to buy tickets or browse for match information. With creative criminals specialising card fraud, it’s important to keep a few tips in mind that will help your bank better protect you but also help you protect yourself.

You’ve heard it before, but notifying your bank of your travel plans is the easiest way to prevent suspicious activity on your card. The Australian government already urges travellers headed to Brazil to check with their banks for approved affiliates, but keeping your bank up-to-date on your plans can also ensure that you won’t be cut off from funds.

Your bank can protect you by allowing transactions in the specified country for a set period of time (unless flagged suspicious for other reasons) as well as by declining transactions that take place in other countries during that period or after the expiry date in the specified country. Plus, some banks are making the process even easier through the use of mobile banking apps.

Use a Chip-And-PIN Card

The Brazilian Central Bank reports that credit and debit cards account for 70 percent of all payments in the country – which means PoS (point of sale) devices are quite common – even in taxis. If you plan to pay with a card, be sure to use one with a chip and PIN, which is more secure than cards with a magnetic strip. In fact, Visa says chip cards cut counterfeit fraud losses on Australian cards by 44 percent over the course of a year.

However, take special care when paying by card in a taxi. The taxi scam where the driver swipes the card in an archaic-looking manual device citing the reason that the EFTPOS device is not working, and later submits multiple transactions using the skimmed data, has been doing the rounds in Australia and New Zealand for a couple of years. However, this technique has been reported around the world for several years. If you suspect this insist on paying by cash!

"Free WiFi" in airports and other public spaces can be easily set up by a fraudster operating nearby with his laptop, sometimes with legitimate names. As you login to these networks your transactions can be easily tapped in using a technique called 'Man in the Middle'. Sometimes, he might also sneak in a malicious malware on your computer which he can later use to control your computer remotely. The intention of course, is to steal your credit card and other banking credentials. Be sure do determine the authenticity of the wireless network and avoid joining any computer to computer networks.

Keep Hold of Your Card

This may sound obvious, but it can be easy to forget when you’re accustomed to handing over your cards to waiters or servers in restaurants. Instead, ask the staff to bring the electronic payment terminal to you. Handing over your card offers up an easy opportunity for your card to be cloned. Also, be mindful of unusual accidents or circumstances which might take you away from your card, even for a moment.

Don’t Forget about Mobile and Tablets

Exercise caution if you plan to use your mobile device while abroad. Protect your smart devices with passwords and PINs to make sure they can’t be accessed if lost or stolen. Be aware of your surroundings and avoid joining any suspicious WiFi networks as discussed above.  It will also be prudent to turn off Bluetooth and not to make the device discoverable.

Be Mindful at the ATM

The World Bank reports Brazil has 118 ATMS per 100,000 adults – the nine highest in the world. That means while you may not have a problem finding an ATM during your World Cup travels, it also presents a lot of opportunities for fraudsters. When entering your PIN, use your hand to cover the key pad to block the view of skimmers, which rely on hidden pin hole cameras. If you see anything suspicious like a bigger than usual slot to insert the card, head somewhere else to make your withdraw but not before informing the security personnel.

It’s important to trust your gut and to be mindful of the risks. These steps will help protect you against fraudsters looking to capitalise on the World Cup crowds and alleviate unnecessary travel stress. With simple, proactive measures, you can focus on the memorable World Cup experiences and cheer your favourite teams.