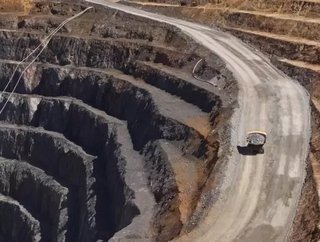 An agreement between Aussie supplier Iron Road and five Chinese steel giants has paved the way toward a US$4 billion iron ore project on South Australia’s Eyre Peninsula.

The parties involved intend to sign a letter of intent by the end of November to solidify the deal, as Iron Road’s Central Eyre Iron Project will include a processing plant, a new deepwater port, a 148 kilometre railway to Cape Hardy and an iron ore mine just south of Wudinna that is expected to produce for over 25 years.

Leading the way for the Chinese groups is Shandong Iron and Steel Group — which is the seventh-largest steel producer in China. If developed, the project will generate US$2.8 billion and produce 21.5 million tonnes of iron ore annually.

The agreement is a major development for Iron Road, which is believed to potentially create 2,500 jobs and transform the Eyre Peninsula.

“It is remarkable that a significant South Australian iron ore development is bucking the global trend in mining investment,” said Minister for Investment and Trade Martin Hamilton-Smith. “This project would be a significant contributor to the state’s economic future, boosting exports and fuelling job creation.”

SA is in need of job-creating projects, while investors around the globe are looking for a revival of resources’ sector projects. It’s safe to say there will quickly be a lot of interest in the project.

But according to Iron Road chairman Peter Cassidy, obstacles to the mine include overcoming public disbelief as well as convincing banks to back the project. Although Iron Road was pleased to attract several different contributors, he understands raising the full amount of funds necessary will be tough to accomplish.

“We’ve proved we have a resource that’s world-scale,” said Cassidy. “Its world-class quality and it’s needed, even now at the bottom of the iron ore cycle by the sustainable producers in China.

“Disappointment and disillusionment is probably par for the course. So it’s up to us to prove we’re good enough to get there.”

The agreement also included a Memorandum of Understanding (MoU) with the private firm Aixi Investments, an advisor of several international pension funds. An MoU is often the first stage in the formation of a formal contract.

Christopher Camarsh, managing director at Aixi Investments, said his clients are eager to invest in the port and rail infrastructure components of the project, which are estimated at US$1.3 billion.

Iron Road intends to begin construction of its multi-billion dollar project in 2017.