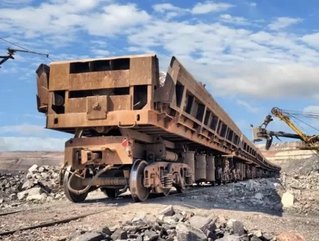 The drop of the iron ore price from a two-year low to a five-year low happened as fast as a wildfire spreads. Regardless, big Australian miners like Rio Tinto and BHP Billiton are pushing the limits at their iron ore mines, producing more ore than ever. The big companies can still make a profit in this low period, but what about the smaller companies?

For small and medium-sized Australian exporters of the commodity, the 15-week slump streak is causing their operations to reach the break-even level. Bigger companies like BHP Billiton have lower operating costs; even though the price of iron ore is hovering around $A89 a tonne, it only costs the company around $US40 per tonne, meaning there’s still a profit to be had.

Western Desert Resources, operator of the Roper Bar Iron Ore Project in the Northern Territory, appointed the advisory firm KordaMentha as voluntary administrators on Friday. This decision came on the heels of a failed appeal to Macquarie to renegotiate funding operations for Roper Bar, as no further support would be available.

The company’s failure is also leading to hardships for the engineering group Thiess, which was contracted to work with the Western Desert Resources until January 2017.

Iron Ore Holdings owns and manages a diverse portfolio of iron ore projects in Pilbara. The ASX-listed company is looking down the barrel of a takeover from BC Iron, but the deal may be terminated if the price of iron ore falls below $90 a tonne for 20 consecutive days. With the price at $A89.14 on Friday, the clock has started on this stipulation.

Other companies like Atlas Iron, Grange Resources and Mount Gibson are experiencing marginal profits at the current iron ore prices. For example, Atlas’ break even cost of production is around $US82 a tonne. To counteract low expected profits, the company has committed to reducing costs by $80 million in the 2015 financial year.

Many investment banks believe the hardships will continue: iron ore prices are not expected to increase for the next two months. The big miners will be fine—hopefully the small and medium-sized organisations can hold on through the tough times.