[INFOGRAPHIC] BHP Billiton gets ahead of Hockey's tax avoidance crackdown 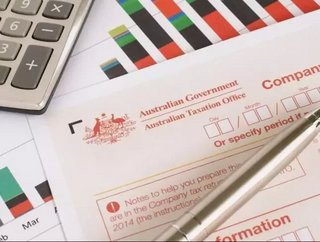 In an attempt to get ahead of Treasurer Joe Hockey’s crackdown on tax avoidance from the top 30 high-risk global companies operating in Australia, mining giant BHP Billiton will reveal the amount of tax it pays for each of its international mining projects in order to become “absolutely transparent.”

Last month, Hockey revealed he will introduce legislation on Sept. 16 to counter tax avoidance by several multinational companies to prevent tax evasion. His push to make sure giant companies pay more tax on profit has also gained support from the UK.

“If (multinational companies) are not paying the taxes they should, they are stealing from the community,” said Hockey. “Many Australians would agree that if companies make profits in Australia, they should pay tax in Australia.

"If they don’t pay their dues, we will hit them with 100 per cent plus the interest they owe.”

“This reflects our commitment to paying our fair share and being absolutely transparent so we can have the sort of frank and honest debate we need to have about a range of policy issues in Australia — including taxation,” said BHP finance director Peter Beaven.

Meanwhile, rival Rio Tinto publishes its own tax report that includes country and level-of-government payments, which is viewed by most as the most detailed among the nation’s top companies.

BHP and Rio are two of the top-10 taxpayers in Australia, and both companies have received criticism for putting its revenue into its Singapore hub where the tax rate can be as low as five per cent.

According to Beaven, the majority of the operation is taxed through the Controlled Foreign Company rules.

“The fact is almost 100 per cent of the profit from the sale of Australian commodities, from mine to customer, is subject to Australian tax, totaling $8.7 billion in taxes and royalties in Australia in the 2014 financial year,” said Beaven.