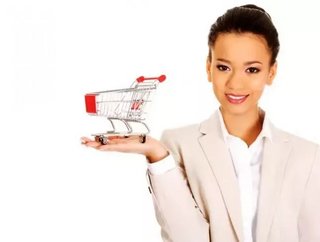 Supermarket chain IGA is stepping up its efforts to compete in the Australian market with giants Coles, Woolworths and others, using a new price-matching initiative.

IGA, which has 1200 stores across the nation, has announced it will drop the price of over 2000 items to match Coles and Woolworths, in an attempt to lure more customers. The new initiative will lower prices on everyday items such as coffee, cereal, pasta and ice cream, as it also takes into consideration pack size and flavour.

The move follows a recent Choice supermarket survey that found an average basket of groceries at IGA cost eight per cent more than at Coles and Woolworths. For families forced to be cautious of their spending, shopping around to find the best bargain can make a big difference. The only item not covered in this initiative is fresh produce.

After the initiative was originally introduced last year, IGA intends to make the industry equal between all three of the companies. Being a local company that supports the local community, it gives IGA a chance to compete with the supermarket giants, while also making sure people pay the right price for their items. The cost of the initiative is taken on by both the independent store owners as well as IGA supplier Metcash Limited.

This all comes at a pivotal time of change in the Australian supermarket landscape, as German discount chain Aldi is also entering the competition. Aldi’s sales are expected to rise from its current level of $5.3 billion to $9.3 billion by 2019, and could also lift sales by 12 per cent per annum over the next five years.

As Aldi has taken an 11 per cent market share from Coles and Woolworths, it is also preparing to speed up its $750 million expansion plans in South and Western Australia. It’s looking to open 20 stores in each state, while it already has 350 stores throughout the nation.

IGA has suffered from a reputation of having high prices in recent years, and for a long time was known as the “silent loser of the supermarket wars.” Times could be changing now though, as this move comes only days after Woolworths announced 1200 job cuts and the departure of CEO Grant O’Brien.

While Woolworths is currently on a $500 million cost-cutting drive and is expected to full-year profit of $2.15 billion, which is down from $2.45 billion last year, Coles has seen its sales rise 3.8 per cent within the most recent quarter.

It appears this supermarket war is just getting started.