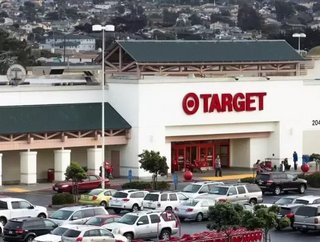 Despite being in a relatively tough retail environment, Wesfarmers’ owned giant Kmart increased its earnings by 18 per cent prior to interest and tax and produced a capital return of nearly 33 per cent.

But if Kmart takes home the award for best company, rival retailer Target should get the nod for most improved. After four-consecutive years of taking a loss, Target appears to be on the rebound behind new management and more emphasis on pricing.

However, Target is just one of several turnarounds performed by Wesfarmers CEO Richard Goyder, who sought out to rebuild the struggling retailer amid pressure to sell or close it down. With Target being under the Wesfarmers’ umbrella, the conglomerate’s businesses have the luxury of being nursed back to financial stability while it goes through hard times.

Behind its leading brand in the food and liquor division Coles having a 6.6 per cent increase in earnings, Wesfarmers has continued its rise. A lot of this is due to the reduction of prices as well as operational efficiency in order to stay on par with growing competition from rivals Woolworths and Aldi.

Even though competition is expected to continue to rise in the grocery and liquor sector, Target and the group’s other businesses each had good sales momentum going into 2016. And as the transitional period continues, Target is expected to reap even more benefits.

Goyder said the retailer is now in the “second phase” and will now focus on turning its supply chain, job cuts and improved merchandise into revenue growth and earnings.

“With consumers remaining focused on value, the group’s portfolio of retail business is expected to benefit from strategies that drive further value for customers and improvements in merchandise offers,” said Goyder in a recent statement.

While its sister stores Bunnings, Officeworks and Kmart each saw its earnings increase, Target suffered a 1.8 per cent drop but still saw its earnings rise 4.7 per cent to $90 million. Many view the increase to be solid in rough trading environment for retailers.

Despite slow growth from Wesfarmer’s coal, safety and industrial divisions, the group’s retail divisions have experienced plenty of success aside from the liquor industry.

And Wesfarmers intends to keep the pressure on its rivals by promising to slash prices and reduce its product range even further, which will improve its relationship with suppliers.