How McDonald's in Australia is doing it different; and better There’s no surprise that the largest fast food chain in the world is popular around the globe. However, McDonald’s restaurants in Australia are doing it a little bit better than everywhere else. 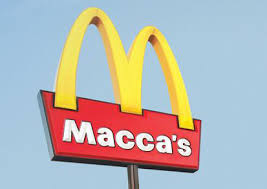 Sales at McDonald’s (or Macca’s as it's known in Australia) reached $4 billion last year, creating a profit of $1 billion in 2014 alone. A report by IBISWorld acknowledged McDonald’s is the largest fast-food chain in Australia, using a 2014 report that it holds a 15.2 per cent share of the country’s $15.6 billion fast-food services industry.

Despite its decrease in global sales, McDonald’s named Australia one of its four priority areas and reported over six months of positive results.

Australia will be the home location of McDonald’s new initiative called “Create Your Taste,” as hamburgers will be made to order. By the end of June, this option will be available in 800 stores across the nation.

There’s also several other differences compared to stores in America, including the ingredients, the menu, the service and even the public image. It’s almost a completely different restaurant compared to the US, as we can watch your food be prepared in front of our eyes and use touch screens to quickly place your order just how you like it.

The self-serve booths were introduced in a suburban Sydney outlet in late 2014, but are now in 300 Australian locations and will reach nearly 940 restaurants by July. only Americans and Canadians eat more hamburgers than Australians do, and a 2014 report by Enhanced Media Metrics in Australia shows one in two Aussies eats at a fast-food chain every month, with McDonald’s being the most popular choice.

RELATED TOPIC: Five factors that could challenge the resilience of your food supply chain

There are corporate and financial differences as well, as two-thirds of locations in Australia are owned by franchises. In addition, McDonald’s is changing its corporate structure, as Australia will be placed in a group labeled “International Lead Markets,” along with the UK, Canada, France and Germany. The idea behind this is running the stores together will be cheaper and they’ll be able to borrow ideas off each other.

In a report by lifehacker.com, McDonald’s CEO Steve Easterbrook said, “McDonald’s new structure will more closely align similar markets so they can better leverage their collective insights, energy and expertise to deliver a stronger, menu, service and overall experience for our customers.”

With a different structure, menu options and set up compared to most other countries, stepping into a McDonald’s or Macca’s won’t feel like being in a fast-food restaurant at all pretty soon.