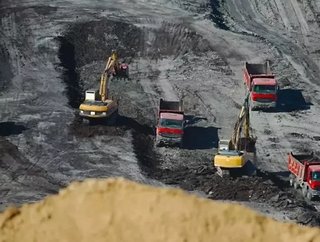 For the second time in recent months, Brazilian mining giant Vale is selling one of its coal mines in Australia.

This time it’s a joint between global mining and trading firm Glencore and Bloomfield Group, as the two combined to purchase the Integra coal mine complex in the Hunter Valley region of NSW.

The site has been in “care and maintenance” since July 2014, as Vale decided keeping it open was no longer sustainable due to the low price of coal. Now the company has moved on as it has come to the belief that the operation is no longer economically viable.

Integra produced about 4.5 million tonnes of coal annually before being shut down from both its underground and open cut mines. Under the agreement, Glencore will take over the underground operations with Bloomfield acquiring the open cut mine.

While Glencore recently said it has no plans to resume mining in the immediate future, Bloomfield wants to integrate its portion of the mine into the company’s existing operations.

Bloomfield’s intentions to reopen operations will be a boost to the Aussie job market, as over 4,000 jobs have been cut at Australian coal mines over the past two years.

“This is a logical and unique opportunity that would strengthen our ability to operate over the long term,” said Bloomfield managing director John Richards. “The deal would breathe new life into the Integra open-cut site and will sustain local employment.”

Vale has been attempting to sell Integra since 2012 when it was believed to be worth about $500 million. The price in which Vale is selling for now is currently undisclosed.

The sale goes along with Vale’s plans of owning assets able to produce large volumes at competitive costs, and the deal is expected to be completed within the next few weeks.

The Brazilian company owns 61.5 per cent of Integra, while Asian steelmakers, manufacturers and power companies such as Japan’s Toyota Industries Corp, JFE Holdings Inc and South Korea’s Posco have also agreed to sell its stake.

Last month, Vale sold its mothballed Isaac Plains coking and thermal mine to Stanmore Coal for just $1 during a mining downturn that took away thousands of jobs and led to billions of dollars in losses. Between that and the news of the Integra sale, Vale has seen a 7.2 per cent reduction in total coal output according to its 2015 first-half results.

Once the sale is finalised, about 65 per cent of Vale’s coal output will come from its flagship Moatize project in Mozambique.