How e-commerce has become a cornerstone of China’s economy 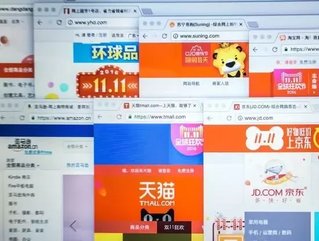 Although global economic growth has remained stagnant since the 2008 financial crisis, e-commerce is thriving and in China it has become an absolutely vital part of the country’s economic armoury.

The Chinese government has played an essential role in the success story.  Digital and internet infrastructure development has been one of the government’s top policy priorities and has provided the foundation for the rapid expansion of e-commerce.

According to AliResearch, the research arm of Alibaba Group, in its latest report entitled ‘Inclusive Growth and E-commerce: China’s Experience’, e-commerce in China has helped to “transform the economical landscape”. E-commerce sales reached $750 billion (US) in 2016, and of the 10.4 percent retail sales growth in 2016, e-commerce sales of physical goods contributed a full three percentage points.

The report also argues that e-commerce does not only drive growth but also distribute the resulting benefits more evenly to every section of society and that digital technology and e-commerce have fostered a new growth model – inclusive growth.

It argues: “China’s development over the last decade shows that e-commerce-driven growth can be inclusive by empowering MSMEs (micro, small and medium enterprises) to compete with large enterprises by leveraging affordable digital platform services to build brand awareness, acquire and manage customers and spur innovation.”

China’s public cloud computing platform is an example of this, reducing computing costs by 70 percent and the growth has also been aided by the number of people who now have access to online platforms.  As of December 2016, the population of Chinese internet users reached 731 million, accounting for 53.2 percent of national population and largely equivalent to the population of Europe. The internet penetration rate was 3.1 percent above global average and 7.6 percent above Asian average.

The same research showed that 467 million consumers shopped on-line, increasing by 12.9 percent year-on-year and the number of mobile online payment users rose to 469 million, with annual growth rate of 31.2 percent and over half of the country’s internet users paid with mobile phones when out shopping.

The ease with which goods can be delivered to rural areas has also had a considerable impact in the growth of the sector. According to the State Post Bureau of China, 14 billion express deliveries were made in 2014, surpassing the United States for the first time and ranking the first in the world. The figure rose to 20.7 billion and 31.3 billion in 2015 and 2016 respectively and continues to grow by 50 percent each year.  Express delivery has been an integral part of Chinese people’s daily life. Door-to-door delivery service is inexpensive and has become the common practice for Chinese consumers. In effect, the new consumption habits have changed the logistical service model.

And China's experience could hold some useful lessons for much of the developing world. The report  suggests: “Other developing countries could also use e-commerce to grow in a way that benefits those who might have been side-lined by traditional technologies such as small-to-medium-sized business enterprises, rural populations, disabled people and women. Digital technologies are making a borderless world possible with all the potential to make growth truly inclusive.”

The emergence of e-commerce platform has paved the way for inclusive trade and economic development and it seems that China is towards the forefront of what is becoming an increasing powerful global market.