How the Australian retail industry is embracing Chinese New Year 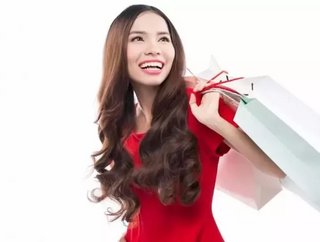 With an increased inventory and several new customers at every turn, Chinese New Year is having a big impact on the Australian retail sector.

Although shopping isn’t normally a major part of the Aussie economy, an influx of Chinese tourists has changed that. Presently, the Chinese New Year is being called by many as the largest yearly human migration in the world.

There is a record-breaking estimate of six million Chinese residents expected to travel overseas during the week-long holiday. According to popular Chinese travel site Ctrip, Australia ranked 10th in most popular destinations for the holiday, with Thailand, Japan and Korea as the top three, respectively.

Although 10th place seems irrelevant, Australia hosted about one million of the estimated 120 million Chinese who traveled abroad last year, which makes up about 30 per cent of global tourist spending. That is an increase of 22 per cent from the previous year.

“Last year’s Chinese New Year, which also fell in February, saw a 57 per cent increase in Chinese visitors,” said Tourism Australia managing director John O’Sullivan. “And when you consider that each Chinese holidaymaker is spending over $5000 per visit, that is putting a very significant amount of money into the Australian economy.”

A recent survey by Hong Kong investment bank and broker CLSA reveals Chinese tourists regard Australia as the 15th most popular shopping destination, a rise of four spots from the previous year.

Several Aussie retailers are creating marketing strategies to take advantage of the surge by stocking itself full of Lunar New Year gifts and apparel. One is Woolworths-owned David Jones, which as part of its partnership with the Australian China Fashion Alliance, will launch a Lunar New Year designer collection this week.

The department store also has a promotion with UnionPay, the most common card used in mainland China. For every $1000 spent with UnionPay, customers receive a $100 gift card.

Luxury fashion outlet Harrolds has begun using social media platforms Weibo and WeChat to communicate directly to consumers and alert them of the arrival of new stock. This has become more and more common in recent years, as Chinese shoppers often view social media as the best way to research products.

“Chinese New Year is becoming as big as Christmas for many of our retailers,” said Westfield Sydney Centre Manager Alison Pearson. “They are seeing this as a really significant growth opportunity.”