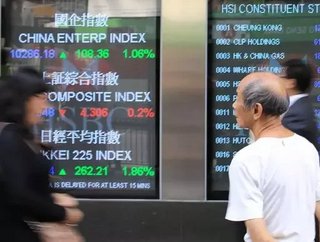 Continuing the strong momentum from the second half of 2020, Hong Kong’s IPO market achieves record high in Q1 2021 with funds raised hitting US$13.9b...

Hong Kong’s IPO market achieves historic high in the first quarter of 2021, with funds raised reaching US$13.9bn, according to analysis by KPMG China.

This continues Hong Kong’s strong IPO activity from the second half of last year, which saw Hong Kong and Mainland China achieve its most active IPO year (2020) since 2011, and further sees Hong Kong become the world’s leading biotech fundraising hub.

According to KPMG’s 2021 Q1 review of Mainland China and Hong Kong IPO markets, total funds raised globally more than tripled compared with Q1 2020, with the US, Hong Kong and China’s A-share markets continuing to take the lead, raising a total of US$61.4bn which is 64% of the global total.

According to Paul Lau, Partner, Head of Capital Markets at KPMG China, a combination of vaccines becoming more readily available globally in 2021, along with low interest rates, a high level of market liquidity, and solid investor sentiment, is giving rise to "another active year of IPOs globally.”

While funds raised through SPACs aren’t included in the global traditional IPO tally, KPMG China’s analysis finds that SPACs also continue to be popular in Q1 2021, with a record-breaking US$95.6bn raised. 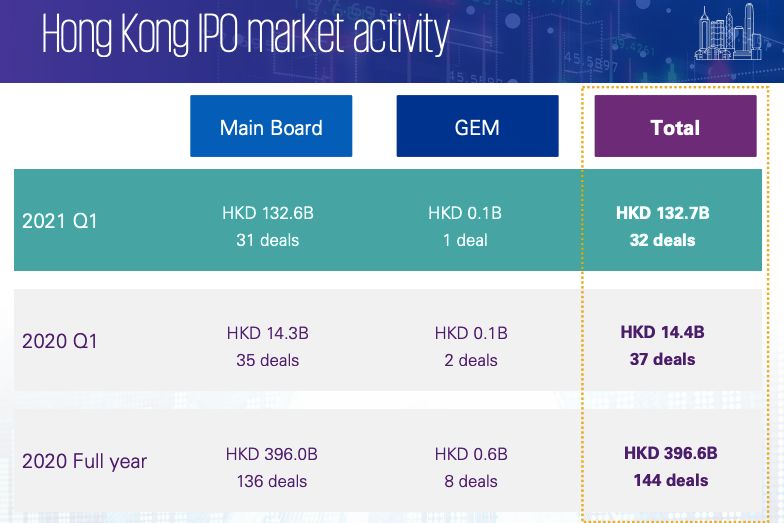 Such strength comes on the back of a strong recovery by China’s domestic economy and the implementation of registration-based listing platforms, while the A-share IPO market remained active during the first quarter of the year.

The STAR Market delivered 35 deals, while 33 deals were completed under the ChiNext reform, which focuses on growth companies and start-ups, and the listing pipeline in Mainland China remains active with over 700 active applicants.

Three sizeable Chinese tech company listings in Hong Kong raised a total of HKD 92.4 billion, representing 70% of total funds raised during the quarter, and Hong Kong again proved popular for innovation firms, with more successful listings of pre-revenue biotech, weighted voting rights (WVR) and secondary listing companies, contributing to 7 out of the top 10 listings in the city in Q1 2021.