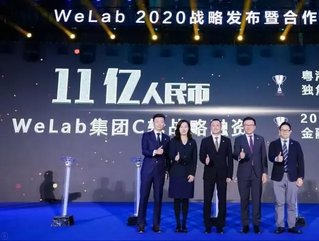 WeLab offers consumer financing via its WeLend platform in Hong Kong. Founded in 2013, the company launched a mainland Chinese lending platform called WeLab Digital in 2014, and is also active in Indonesia via the Maucash joint venture with PT Astra International. In Hong Kong, the company won the fourth online-banking license issued by the city, allowing it to move into the retail banking sector. Consequently, it is expected to launch the digital-only WeLab Bank in 2020, joining the likes of Zhong An, Standard Chartered and Livi.

The round was backed by some of the world’s largest investors, including Alibaba via its Hong Kong Entrepreneurs Fund and China Construction Bank, who have both previously invested via the company’s Series A and B rounds. WeLab said the Series C constituted the largest fintech funding round in Greater China since 2019, and the fourth largest in Asia. The total raised by the company reached $581mn when considered alongside the $220mn raised in 2017 and $160mn raised in 2016.

Simon Loong, Founder and Group CEO of WeLab, said: “This financing will be used to further develop and broaden our platform as a fintech enabler. Further investment into technology research and development will enable us to apply these innovative technologies around the region and roll out additional products and services for our customers to provide holistic financial services digitally.

“With technological advancement, fintech has gradually been integrated into our daily lives over the last decade, transforming the traditional world of banking as we know it. 2020 marks the inflection point where the calls for supervision and governance are necessary, starting with regulated digital banks.”