Hard Workers, But Not Much to Show for It 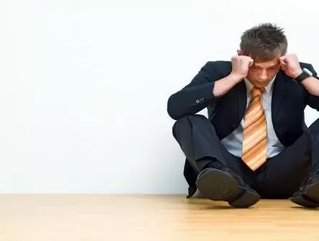 A staff of skilled employees equals a productive work environment – or does it?

Not necessarily, according to a new study released by Australian accounting firm Ernst & Young. Called the Australian Productivity Pulse, the October survey of nearly 2,500 workers and their bosses across the nation found that almost a fifth of workers’ time is wasted while on the clock.

In financial terms, this lack of productivity cost the nation $109 billion in wasted wages this year – more than just a drop in the bucket when the total wages bill amounts to $606 billion a year.

“This means that every single day $320 million is lost in valueless work,” said Neil Plumridge, the firm’s Advisory Leader who led the quarterly survey, in a statement. “If we improve that by just 10 [per cent]the impact to Australia’s productivity would be tremendous.”

Mr Plumridge was quick to point out, however, that this does not make Australia a “nation of slackers.”

Logging an average 44-hour work week, Australian workers are among the hardest-working and most motivated in the developed world. The problem, according to the survey, is productivity.

“The hours are good and the intentions are good, but we found an incredible wastage once we all get to work... we simply can’t put the productivity issue down to personal motivation,” Mr Plumridge said.

The survey found that more than half of workers attribute this lack of productivity to poor management: specifically, workers’ skills are not being utilised appropriately, the leadership is ineffective, and workers’ career progression is unclear.

A November Galaxy poll also revealed that the feeling of 63 per cent of workers who feel entitled to a sickie – or a “mental health day” – is directly related to their relationship to their boss.

These findings echo those explored in The Nine Drivers of Productivity, an essay drafted by the Hay Group’s general manager Henriette Rothschild to highlight the consulting firm’s own research: of more than 400 global companies the firm surveyed, 15 per cent of employees are engaged in their work, but frustrated by a lack of enablement to do their jobs.

“Australian and New Zealand businesses are at risk of falling behind the productivity curve compared to the world’s best. Our engagement research shows that many companies in the Pacific lag behind the world’s leading organisations on key areas such as effective leadership, embracing innovation and rewarding great performance,” Ms Rothschild said in a November press release.

Among the nine drivers cited in the company’s Focus report, clarity and direction, confidence in the company’s leaders, quality customer service, and recognising outstanding employees – both through rewards and general compensation benefits – were listed as the top drivers.

Despite all the reported negativity, the Pulse study did determine that approximately 70 per cent of Australians go to work with the best of intentions, and 68 per cent are “proud to work for their employer.” The same number of workers believes that their efforts are valued at the company.

“Mature workers are the most enthusiastic performers,” Mr Plumridge stated, “and are more likely to be motivated by the actual work they do rather than salary, work/life balance or employment security.”

In the future, how should Australian businesses go about building a more enabled workforce?

“Organisations need to think in terms of making bolder, more revolutionary changes that move them into a higher zone of productivity, well above the long-term average of 1-2 [per cent] a year,” said Mr Plumridge.

“And rather than cut jobs, organisations should be looking to eliminate wasteful work and redeploy those resources to growth and investment areas.

''Even if we can get a 10 per cent improvement, that's worth more than $10 billion a year to the national economy.”