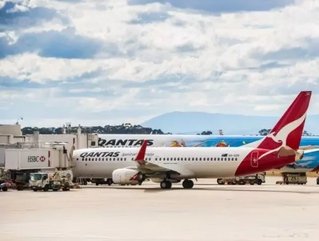 Qantas loss this fiscal year was big: $2.8 billion big. It is the largest loss the former state-owned airline has posted in its 94-year history. Although some say the results were expected, the size of the loss still comes as a surprise to many, considering the company made $930 million profit the previous year.

There are several contributing factors to the large loss. The result was driven in part by the cumulative impact of two years of industry capacity growth ahead of demand. This led to a $566 million decline this financial year’s revenue. Fuel costs in Australia are also up, costing the company $253 million over 2013’s prices. According to their press release, Qanta’s “non-cash fleet write down post-structural review” can be blamed for the biggest chunk of the loss: $2.6 billion.

Qantas’ recovery plan has already been in place for months. The company created a stir when it announced 5,000 redundant positions would be dissolved. So far, half of that goal has been met. According to the report, Qantas also plans on driving an earnings recovery and is separating its domestic and troubled international businesses in the hopes that a recovery will shape a profitable future and “build long-term shareholder value.

Current chief executive Alan Joyce commented not on the past, but the future of the company.

“There is no doubt today’s numbers are confronting, but they represent the year that is past,”Joyce said. “We have now come through the worst.  With our accelerated Qantas Transformation program we are already emerging as a leaner, more focused and more sustainable Qantas Group. There is a clear and significant easing of both international and domestic capacity growth, which will stabilise the revenue environment. We expect a rapid improvement in the Group’s financial performance – and a return to Underlying PBT profit in the first half of FY15, subject to factors outside our control.”

Both the federal government and the opposition believe the company has the opportunity for a strong future despite this year’s fiscal results.

"It is important for Australia that Qantas is a successful company," Labor transport spokesman Anthony Albanese said. “We want that to occur and the government should play its role in facilitating that."

Warren Truss, Deputy Prime Minister, believes that Joyce’s projected return to profit for the first half of 2015 is plausible.

"I think their determination to reduce costs and retire debt, and that they have the capacity to retire debt, will be encouraging to their investors," Truss said. "While the numbers are dramatic, the reality is Qantas is a strong company and seems to be positioning itself for a better future.”

Information sourced from Qantas and The Sydney Morning Herald.