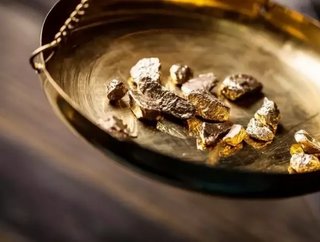 Although the mining industry took a downturn last year as a whole, gold is still in style.

RELATED TOPIC: With the gold price on the rise, Newmont set to expand the Boddington gold mine

You can read a more in-depth report on the company this March, when OceanaGold is featured in the monthly issue of Business Review Australia & Asia.

“Last year was a transformational year for OceanaGold and another year of strong operational and social performance where we delivered a solid return for shareholders and made significant social investment in the communities where we operate,” said Mick Wilkes, president and CEO.

“We not only exceeded our gold production guidance but did so at sector leading low costs while further improving on our environment, health and safety record.”

Its Didipio operation, which is a high-grade gold and copper mine located in the Philippines, OceanaGold was able to deliver a record amount of annual gold production and throughput with 127,086 ounces of gold produced along with 3.58 million tonnes of ore processed. The company recorded unaudited consolidated All-In Sustaining Costs (AISC) of $709 per ounce sold and cash costs of $458 per ounce sold, both within the 2015 cost guidance range.

Last year also saw OceanaGold complete the acquisition of Romarco Minerals, securing ownership of the Haile Gold Mine in South Carolina, USA, as well as completing the acquisition of the Waihi Gold Mine in New Zealand from Newmont Mining. In the Philippines, drilling continued on the Morning Star prospect at Didipio and scout drilling of geophysical targets at the Paco tenements in northeast Mindanao.

In 2016, the Company has allocated an exploration budget of $25 to $30 million, of which $10 to $15 million has been allocated at Haile and $5 million to $10 million at Waihi with the remaining amount to be spent at Macraes and in the Philippines.