With the gold price on the rise, Newmont set to expand the Boddington gold mine 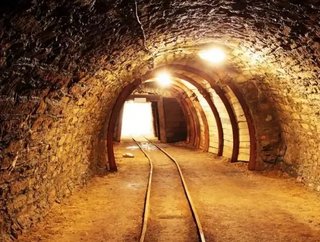 With gold on the rise, United States-based Newmont Mining is set to spend $400 million on the expansion of the largest gold mine in the country, the Boddington mine in Western Australia.

After Newmont’s rival Canada-based Barrick Gold spent the majority of the past two years selling off most of its Asia-Pacific gold mines, the new expansion at Boddington is a welcomed investment.

With local management improved productivity at the mine in areas such as shovel utilization and truck idle times, this new project is expected to add several years to the life of the operation.

Boddington, located 120 kilometres southeast of Perth, produced 739,000 ounces of gold in the financial year ending on June 30, which is much more than the second biggest gold mine in the nation that produced 606,000 during the same year. With the mine expected to produce gold at a sustaining cost of US$820 per ounce this year, it would give the operation profit margins of US$350 at this current rate.

Meanwhile, Aussie gold miners are enjoying the rising price of the commodity as the Australian dollar remains low. With gold currently selling for $1,620 a troy ounce, share prices are also increasing.

Uncertainty over if the U.S. Federal Reserve would raise rates was also a big factor in the increase, according to ANZ Bank precious metals analyst Victor Thianpiriya.

“We had a big run up in the U.S. dollar in 2013 and 2014, but that rally has stalled over the past few months,” said Thianpiriya. “Now people are seriously considering whether the U.S. Federal Reserve can raise interest rates in 2015 at all.

“Until we get some further clarity on the director for the Fed, we’re likely to see, in U.S. dollars, gold trade in the US$1,150 range.”

The sharp fall of the Aussie dollar against U.S. currency has come on the heels of several acquisitions by local miners following the unloading of gold operations by large U.S. companies. As a result, Australian companies have swiftly taken advantage of the positive market conditions that have driven up share prices.

With the low exchange rate working in favour of Aussie gold miners, businesses are making the most of the current climate and hoping the dollar remains around 70 U.S. cents.