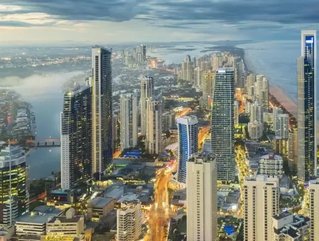 Plans are afoot for the Gold Coast to extend its G:Link light rail system after city and state authorities pledged $10mn to investigate the business and social case for stage three of the project.

The Queensland state government and City of Gold Coast are each contributing $5mn to the feasibility study, which will assess the impact of the proposed 7km, eight-station expansion.

G:Link was heavily used by visitors during the recent Commonwealth Games, and Transport and Main Roads Minister Mark Bailey says the time is right for considering further investment into the city’s transport infrastructure.

“Light rail was designed to be delivered in stages to respond to the city's growth and the first two stages of light rail have proven it to be a viable alternative to using the car,” he said.

It is thought that the Games will inject $870mn into the area, both from the build up and event itself. The Queensland government also pointed to almost $500mn in foreign direct investment alongside ‘billions’ from the private sector.

Other indicators of the economic impact can be found in hotel occupancy statistics, which show a 10% rise on this time last year, while visitor information bookings jumped 60%.

The Games also acted as a launchpad for companies like Telstra and Optus to showcase new technologies, leveraging the power of 5G networks on display at their Gold Coast innovation centres.

It is estimated that the event cost taxpayers around $2bn.