38 venues, 110 generators and 310km of cable: Aggreko and the Commonwealth Games 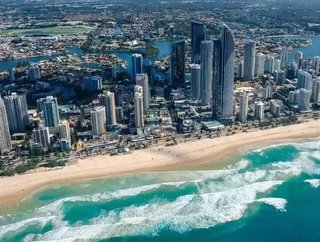 Hosting a global sporting event held over several days is no mean feat.

For Australia’s Gold Coast, staging the Commonwealth Games has involved a huge logistical and technological exercise which has enabled athletes to compete and spectators to view hundreds of events.

Aggreko is one of the key suppliers to the Games. The UK-based multinational was tasked with essentially powering the event, staged across 38 competition and non-competition venues spread across a vast landmass.

With 6,600 athletes and team officials from 71 nations and territories competing across 275 medal events, staffed by up to 15,000 volunteers and attended by hundreds of thousands of spectators, access to reliable and stable power is essential to the Commonwealth Games’ success.

Aggreko has been working on delivery of this power project since October 2017. Its work has included:

Robert Wells, MD Events Services, Aggreko, said: “Delivering power to one of the world’s biggest multi-sports events is an honour for Aggreko.

“We have a long and proven track record of success with large-scale sporting events and providing a wide range of power solutions in this part of the world.

“A successful Commonwealth Games is an aim we all share. Aggreko is delighted to play a central role in ensuring this happens.”

The Games has also served as a chance for Australian companies to showcase their latest technological advances.

Optus and Telstra both have 5G hubs on the Gold Coast and have been showcasing what their networks, due for deployment next year, are capable of achieving.