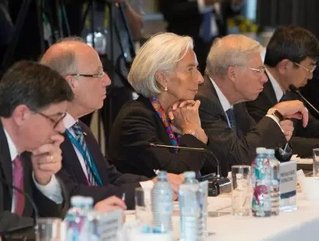 Representatives from 20 countries met in Sydney this past weekend to discuss how to attain the global financial goals which were agreed upon during the productive meeting. With any event of this multitude, controversy was the main topic of conversation before financial ministers and central bank governors of 85 percent of the world’s economy met. But consensus was the word of the weekend, as it was made clear the G20’s plan is to spark the world economy by increasing the growth domestic product (GDP) by 2 percent in the next 5 years.

Australian Treasurer Joe Hockey, co-chair of the meeting, said the results of the meeting were “unprecedented,” as there was plenty of consensus to develop ambitious but attainable goals for the world economy. The move towards the decision to stimulate the economy by more than $2 trillion demonstrates the optimism in growth held by many. This increase is ideally expected to create millions of new jobs worldwide, without each country’s national finances. To meet this goal, each participating country will create a growth strategy and present it to leaders at the G20 summit, which will be held in November in Brisbane.

Problems plaguing the world economy since the 2008 financial crisis have included high public debt, persistent global imbalances, volatility in financial markets and the weakness of many economies; austerity policies in Europe, high employment in the US and a decrease in China’s expansion have also contributed to the sluggish reboot.

India’s finance minister Palaniappan Chidambaram, who had criticised big economies (particularly the US) for hampering growth in developing economies, has said he is satisfied with the outcomes of the G20 meeting, but is still concerned with the lack of effort made for IMF reforms. The reforms, which would give developing countries greater say in the G20, have been on the agenda since 2010, but little headway has been made. This is, in part, because the US Congress has refused to support them; Hockey made a point to remind the US to work towards ratifying said reforms.

The official G20 Summit in November will continue to lay out plans for the goals outlined at this meeting, and will further discuss commitments for increased infrastructure repair and building, partly funded from private investments. Another focus will be working towards adding more women to the workforce of major industries.