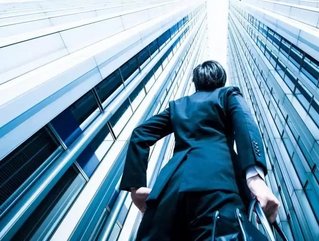 Forbes has released its 2018 Hong Kong Rich List, and sees Li Ka-shing taking the top spot for the 20th year in a row.

Li, who is reportedly known as “Superman Li” locally in Hong Kong for his ability to build empires out of ordinary businesses, saw his wealth rise by $5.7bn over the past year.

In total, the 50 individuals featured on the list saw a collective rise in wealth of 24%, year-on-year, which was an increase of around $60bn and has put their total value of $307bn – an amount not far off the size of Hong Kong’s economy, the annual GDP totalling around $319.7bn.

Chinese buyer of record-breaking $5.2bn building will fund 90% through debt

The gap has narrowed between Li and Lee Shau-kee, who is worth $32,9bn and was one of the top wealth gainers last year.

Also featured in the top five were Lui Che-woo, who is worth $19bn, brothers Thomas and Raymond Kwok who are collectively worth $17.8bn, and Joseph Lau Luen-hung who is worth $17bn.

Last year Li Ka-shing topped off his expansive wealth by selling the most expensive office space in the world in Hong Kong, the Center, which went to a Chinese consortium with a record-breaking price tag of $5.2bn.

Li is the founder of CK Holdings and remains chairman of CK Asset Holdings and CK Hutchison Holdings. He had previously sold the second most expensive building in the world, the Century Lin Complex in Shanghai for $2.85bn in 2016.