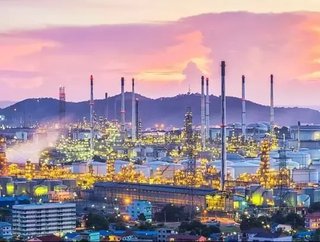 Keen to capitalise on opportunities arising from reduced sanctions on Iran, businesses from across the world are bidding for lucrative state contracts, and none more so than these five businesses from Japan.

With the fourth largest oil reserves in the world, Iran presents attractive opportunities – sanctions or otherwise. National Iranian Oil has announced that a number of global players who will be allowed to successfully bid for contracts, including Royal Dutch Shell and Gazprom. In no particular order, here’s a rundown of the Japanese companies that have achieved bidding certification.

With roughly 2,000 staff, Inpex is a relatively small player compared to others in a very crowded industry. The company ownership is divided among a number of investors on the Tokyo Stock Exchange, as well as a major stake held by the Japanese government.

One of Japan’s largest general trading companies, Mitsui has a number of interests outside oil which include everything from energy, logistics, and finance, to food, textiles, and chemicals.

When it comes to oil specifically, Mitsui is specialised in upstream development and oil and gas trading. It has two major projects America - the Marcellus Shale and the Eagle Ford Shale. This aspect of its business is, by far, the company’s largest in terms of revenue.

Second only to Mitsubishi when it comes to size, Itochu trades in oil and gas, as well as a number of other industrial chemicals. It builds machinery which could well be utilised by the industry.

Japan Petroleum Exploration Company Limited (JAPEX) is a globally present oil and gas company involved in every aspect of the value chain, with operations in exploring and producing oil, gas, and liquefied natural gas. The bulk of its overseas work revolves around acquiring permits for already discovered oil fields which include those of neighbouring Iraq.