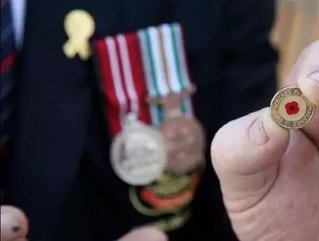 In preparation for Remembrance Day on November 11, the Australian Mint has produced its first ever coloured coin for general circulation to honour fallen diggers.

The $2 coin depicts a red poppy in the centre, signifying the Poppy Appeal that began in Australia in 1921 when the Returned & Services League of Australia (RSL) first began raising funds for returned soldiers after the First World War.

Today, the poppy is an international symbol of sacrifice and remembrance.

"I hope that every time Australians pull this unique coin out of their pocket, they're reminded of the brave men and women who have done so much for our country,'' said Treasurer Wayne Swan.

Designed by Aaron Baggio whose work also appeared on a cupro-nickel coin designed for the Australian Ballet’s 50 year anniversary, the coloured coin features the words ‘Two Dollars’ and ‘Remembrance’, as well as the message ‘Lest We Forget’ and ‘Remembrance Day’ under a transparent red poppy.

According to the Royal Australian Mint’s chief executive Ross MacDiarmid, Canada is the only other nation to have released coloured coins into general circulation.