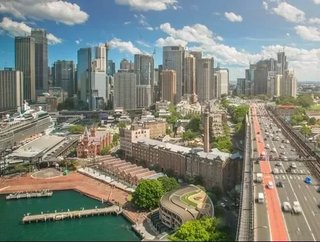 The Final Business Case (FBC) document for Sydney’s F6 freeway, also called SouthLink, has been leaked, revealing just how expensive the construction and maintenance of the project will be.

According to ABC News, which viewed the documents, the total price could come to $18 billion, more than half a billion dollars per kilometre of highway. The road will stretch from St Peters through to Waterfall and comprises four stages of construction.

Interestingly, it is costed at $1 billion more than WestConnex, which is around 33 kilometres in length.

What makes this project so expensive is the preferred option of two separate tunnels between Heathcote and Waterfall. Construction costs alone are expected to be $14.5 billion, with another $3.5 billion set aside for 35 years of maintenance.

An alternative option would be to build a rail tunnel from Thirroul to Waterfall, a project which ABC revealed would cost $3.6 billion, cutting journey times to Sydney by 24 minutes at a fraction of the price of F6.

However, there are contesting views on the viability of the rail option. New South Wales Transport Minister Andrew Constance said it was not feasible, while local Labor Wollongong MP Ryan Park is backing the plan.

Roads Minister Melinda Pavey said no final decision has been made on the cost of the F6 road.