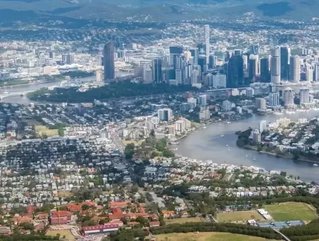 Of the 100 cities examined, Sydney, Melbourne, Brisbane, Perth and Canberra all feature, ranking between 48th and 55th in the results published by consultancy firm Arcadis.

Brisbane ranks highest out of all the Australian cities in the Index. As the capital of Queensland, Brisbane is Australia’s third largest city and has the most rapid population growth rate of any provincial capital. Completion of major infrastructure projects including the Brisbane Metro, the European Train Control System and Cross River Rail will see its ranking improve in coming years.

Grappling with the mining downturn and the rapidly evolving needs of a changing city, Perth is behind Australia’s other cities in terms of its sustainable mobility. However, Arcadis says the Perth City Link and Metronet projects will help it rise into the top half of the global 100 list.

Melbourne, somewhat surprisingly, joins Perth in joint 55th place despite its thriving cultural, sporting and business sectors. A lack of functioning metro network, currently under construction, is what holds the city back on the rankings, despite it being home to the world’s largest light rail and tram network.

In terms of the global frontrunners, Europe dominates the top cities with seven out of the top 10. Hong Kong takes the gong for housing the world’s most sustainable transport system, with Singapore and Seoul completing the top 10 line up.

For more information on the survey, including how the rankings were compiled, see the full Sustainable Cities Mobility Index.