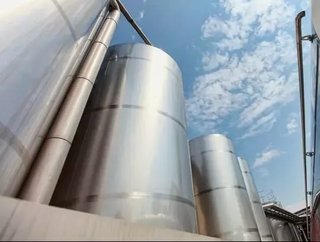 Dairy giant Murray Goulburn (MG) has taken a big stride towards its acquisition by Canada’s Saputo after the deal was cleared by Australia’s competition watchdog and MG shareholders.

Shareholders of the 70-year cooperative voted 96% in favour of the $1.3bn takeover at a meeting in Melbourne.

Meanwhile the move was also cleared by the Australian Competition & Consumer Commission (ACCC), after accepting a court-enforceable undertaking from Saputo to divest Murray Goulburn’s Koroit plant.

Murray Goulburn and Saputo, which owns Warrnambool Cheese and Butter, both acquire milk from farmers in southwest Victoria and southeast South Australia, including in areas around Warrnambool and Mt Gambier.

The ACCC had raised concerns that Saputo owning the region’s two largest plants, both near Warrnambool, its current Allansford plant and Murray Goulburn’s Koroit plant, would have substantially lessened competition for the purchase of raw milk in the region, leading to farmers being paid less at least in the medium term.

However, these concerns now appear to be satisfied. “Saputo’s divestiture undertaking has remedied the ACCC’s competition concerns about the Koroit plant,” ACCC Chairman Rod Sims said.

“We heard from and spoke with many farmers who expressed concerns with the ACCC intervening in this transaction in the short term because they wanted certainty and stability after a bumpy ride with Murray Goulburn.

“I want to assure them that our aim is to put in place an outcome that works in their best interest by promoting competition in the medium to longer term while minimising short term uncertainty.”

The sale will financially rescue MG, owner of the Devondale milk and cheese brand, after its foray into the Asian market backfired, leaving it with significant debt after the sales that it had hoped for never materialised in a significant way.